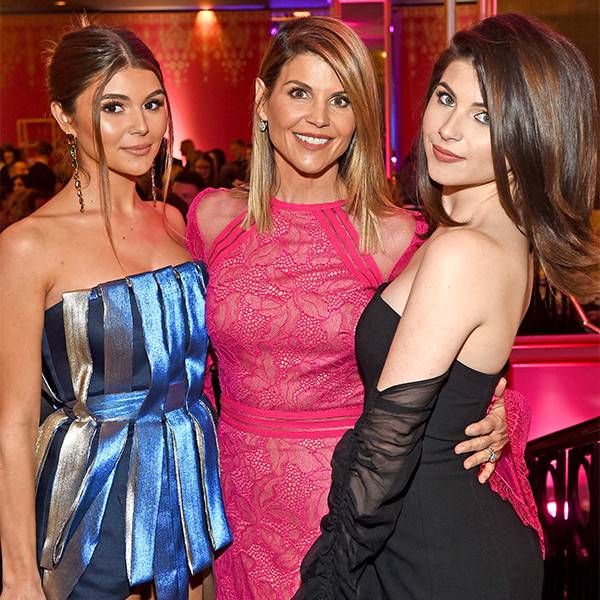 In a 2017 video posted by Lori Loughlin‘s YouTube star daughter Olivia Jade Giannuli, which has resurfaced in wake of the college admissions scandal, the Fuller House actress jokes about paying for her child’s education. Lori and husband Mossimo Giannuli were recently indicted for allegedly paying $500,000 in bribes to have their two daughters admitted to the private University of Southern California (USC) as recruits to the rowing team, even though they are not rowers.

In the footage, Olivia Jade, now 19, teaches her mother some slang and quizzes her about the “England Is My City” lyric used in YouTube star Jake Paul‘s “It’s Everyday Bro” music video.

“If you would’ve said, ‘England is my city,’ I would say, ‘Why did I pay all this money for your education?'” Lori says.

Lori and her husband were taken into federal custody last week and later released on separate $1 million bonds. They and actress Felicity Huffman are among some 50 people indicted in what federal authorities have called a racketeering scheme to help rich Americans get their children into elite universities, which comes following an investigation titled “Operation Varsity Blues.”

After she was charged, Lori was dropped from the Hallmark Channel, which has aired projects starring the actress, while beauty chain Sephora ended a partnership with Olivia Jade and removed products from their makeup collaboration with her from their website.

She and her sister Isabella Giannuli remain enrolled at USC, although it is unclear if they plan to return after the current spring break, which ends on Sunday. The college has said that they have “initiated a case-by-case review of current students and graduates who may be connected to the alleged scheme” and “will make informed decisions about those cases as the reviews are completed.”