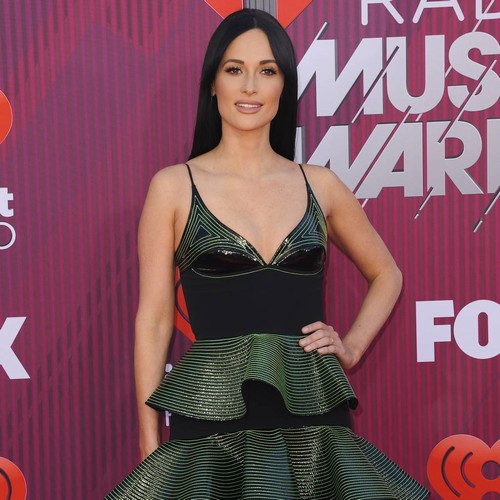 Kacey Musgraves pigged out on pizza and burgers after her recent four-night Ryman Auditorium stand in Nashville, Tennessee – because she no longer needed to watch her weight.

The country singer was careful with the calories ahead of the Grammys and Oscars, because she wanted to look her best, but she splurged on carbs once the awards season and her Nashville residency was over.

“After the Grammys and the Oscars carpet, then I had four shows at the Ryman in Nashville, which was really awesome hometown shows,” she says, “and then I finally was like, ‘I’m getting my damn cheat day’.

“So I Postmated from bed, pizza and a burger at the same time, and then I ate that. And for dinner had some pasta. I like, carbed out and then had handfuls of Gummy Bears.”

The 30 year old, who picked up four Grammys last month, including the prestigious Album of the Year for Golden Hour, couldn’t pig out for too long as she had another big awards night out on Thursday (14Mar19) at the iHeartRadio Music Awards in Los Angeles, where she picked up the Best Cover Song honour for her You’re Still the One collaboration with Harry Styles.

She also performed during the big show, inviting Coldplay frontman Chris Martin to play the piano onstage as she sang her new single Rainbow, perched atop a huge flourescent rainbow prop at the Microsoft Theater.

Kacey has made a habit of teaming up with top stars onstage in recent days – she performed a bluegrass rendition of Gnarls Barkley hit Crazy with CeeLo Green and shared the spotlight with Paramore’s Hayley Williams during her recent four-night stand at the Ryman.