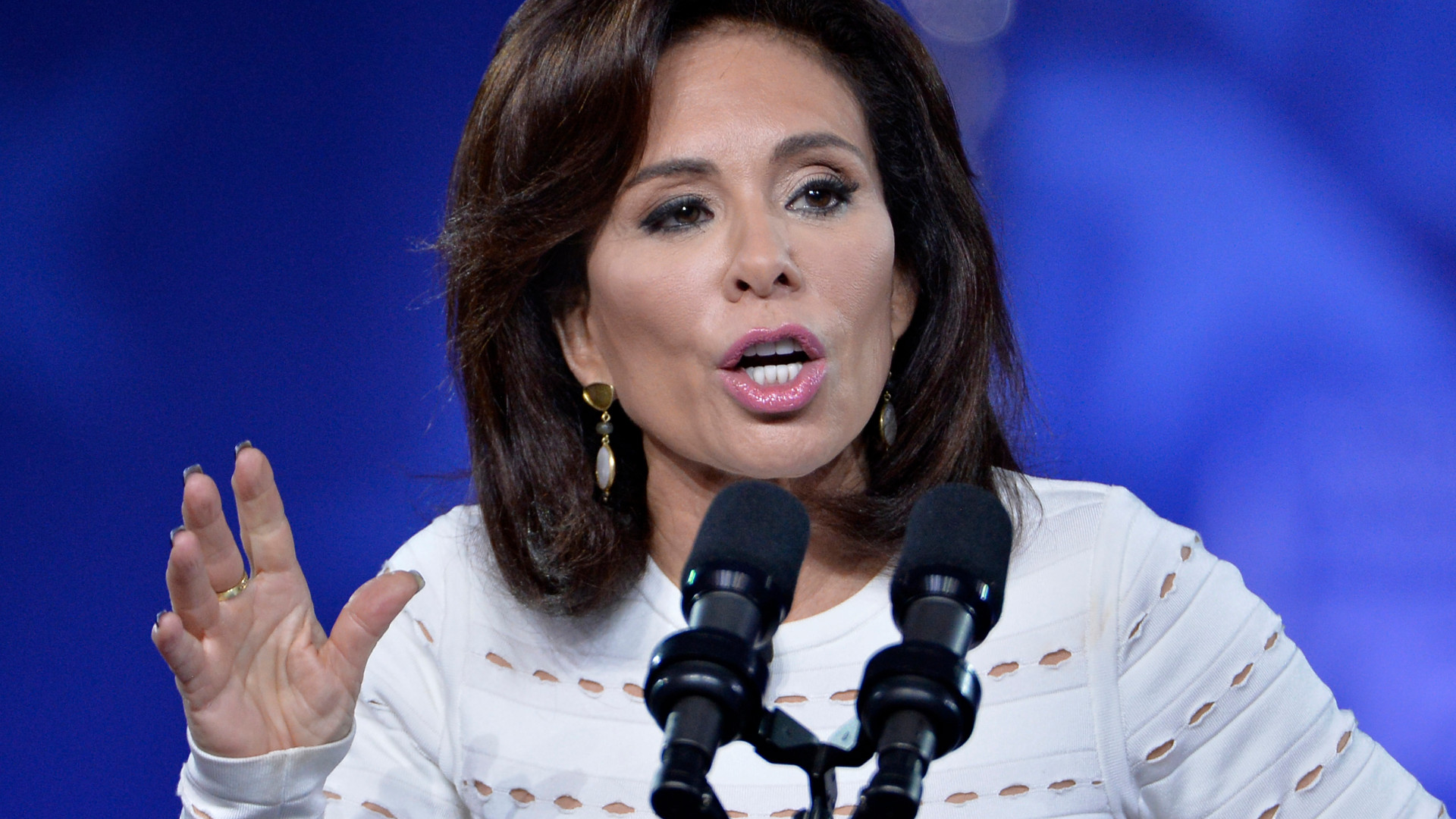 A week after she questioned whether Rep. Ilhan Omar’s (D-MN) Muslim beliefs were “antithetical to the United States Constitution,” Jeannine Pirro was pulled from the air Saturday.

Pirro made her bigoted remarks on her show Justice with Judge Jeanine last Saturday, prompting a wave of backlash and a rare rebuke from Fox, which often allows its hosts to say Islamophobic, racist, sexist, and factually incorrect views. A number of companies last week announced they would pull their ads from her show in response.

It is unclear whether Pirro’s show was pulled from its 9 p.m. Saturday slot permanently, and Fox News said in a statement it would not comment on scheduling matters.

Instead of Pirro’s show on Saturday, Fox News aired a rerun of a show called Scandalous, which documents various scandals committed by prominent Democratic politicians and their families.

Pirro does have at least one powerful ally in her corner. President Donald Trump tweeted Sunday morning that Fox News should bring the show back because the “Radical Left Democrats” and “Fake News Media” are using “every trick in the book to SILENCE a majority of our Country.”

Bring back @JudgeJeanine Pirro. The Radical Left Democrats, working closely with their beloved partner, the Fake News Media, is using every trick in the book to SILENCE a majority of our Country. They have all out campaigns against @FoxNews hosts who are doing too well. Fox …..

….must stay strong and fight back with vigor. Stop working soooo hard on being politically correct, which will only bring you down, and continue to fight for our Country. The losers all want what you have, don’t give it to them. Be strong & prosper, be weak & die! Stay true….

….to the people that got you there. Keep fighting for Tucker, and fight hard for @JudgeJeanine. Your competitors are jealous – they all want what you’ve got – NUMBER ONE. Don’t hand it to them on a silver platter. They can’t beat you, you can only beat yourselves!

Last week, Pirro questioned whether Omar could follow the U.S. Constitution since she is a Muslim who wears hijab.

Scholars of Islam say there is no one thing known as “Sharia law.” Rather, it’s a set of principles interpreted differently by Muslims across the world.

Pirro hasn’t apologized for her comments but in a statement last week said she asked the question on her show so she could “start a debate, but of course because one is Muslim does not mean you don’t support the Constitution.”

Trump, who weighed in on Pirro’s absence on Saturday, has a long history of expressing Islamophobic sentiments and making similar comments that peddled the bigoted falsehood that Muslims were somehow un-American.

Following the 2016 Brussels bombing, Trump, who at the time was running for office, claimed that Muslims were “not assimilating” and wanted “Sharia law” in the United States. After becoming president in 2017, Trump said on CNN that “Islam hates us… There’s a tremendous hatred. We have to get to the bottom of it.”

Pirro is just the latest Fox News host to face advertising backlash over offensive comments. Last week, several companies announced they would pull ads from Tucker Carlson’s Fox News show after Media Matters for America posted a compilation of offensive comments he made on previous radio interviews with shock-jocks. During those interviews, Carlson defended statutory rape, made lewd comments about a Miss Teen USA contestant, and questioned the humanity of racial minorities.

Fox News, in a statement, defended its prime-time host. “We cannot and will not allow voices like Tucker Carlson to be censored by agenda-driven intimidation efforts from the likes of Moveon.org, Media Matters and Sleeping Giants.”