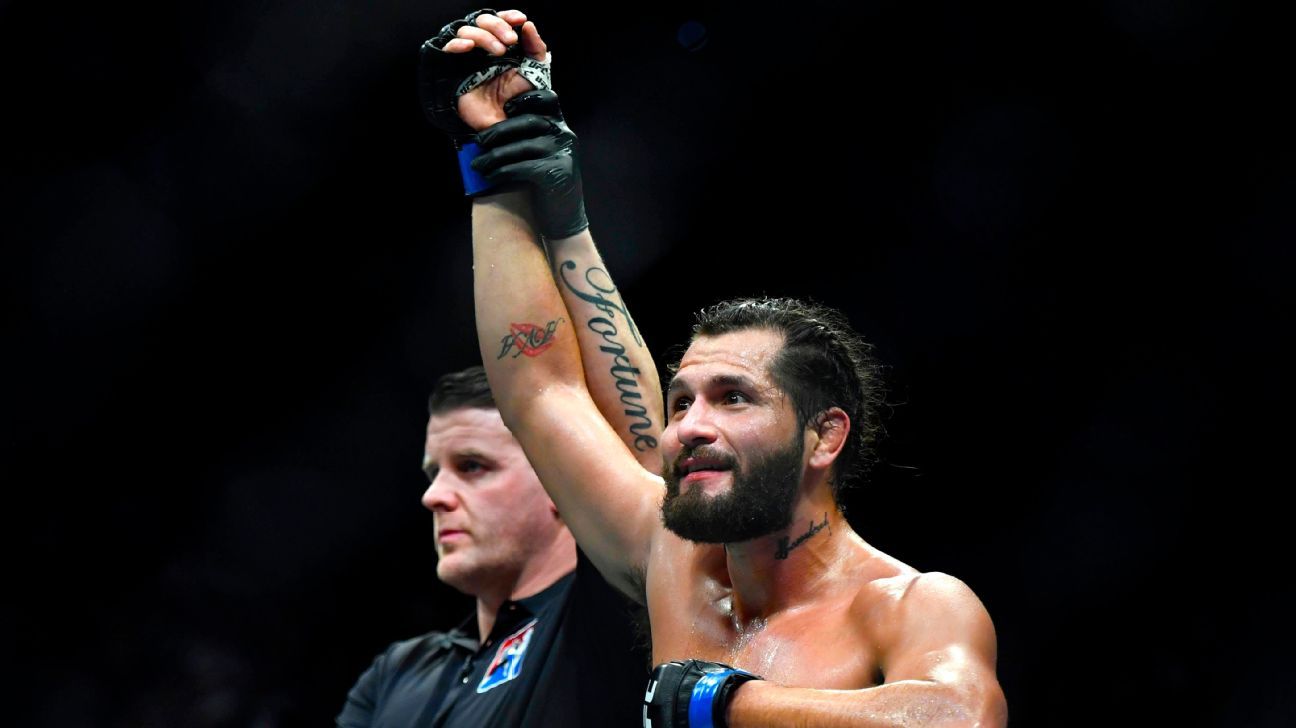 LONDON — A postfight melee broke out backstage between UFC welterweights Jorge Masvidal and Leon Edwards on Saturday, shortly after Masvidal’s stunning victory over Darren Till in the main event of UFC Fight Night at O2 Arena.

Masvidal (33-13) knocked out Till in the second round of their fight. Minutes later, while Masvidal was doing a live interview with ESPN backstage, Edwards walked by and directed some words toward him. Masvidal left the interview to confront Edwards and was then caught on camera throwing and landing a few punches to Edwards’ face. The two were quickly separated, and the incident did not escalate further.

Edwards suffered a cut under his left eye and was treated before leaving the arena. Sources told ESPN’s Ariel Helwani that local police were at the fighters’ hotel in London investigating the altercation.

Before the altercation, Edwards, who defeated Gunnar Nelson via unanimous decision in the co-main event Saturday, had told ESPN he had hoped to fight Masvidal next.

“I’m doing my interview, and this hooligan comes by, saying stuff like, ‘July, you’ll get your ass kicked in July,'” Masvidal said. “I go, ‘Maybe. Whatever. Maybe I want to kick your ass in April. Maybe I don’t even want to fight you in the Octagon because it’s not worth a training camp, I’ll just fight you right here because you’re a scrub.’ I said, ‘Just say it to my face, like a man. You’re saying it as you walk away. We’re both men.’

“I had my hands back to signal I’m not coming here with problems. But he put his hands up — it’s on video — and walks towards me. Well, where I’m from, you do that, you’re going to punch me in the face. And that’s not going to happen.”

Masvidal claimed he was defending himself because he felt Edwards “threatened my life.”

Edwards’ management team said he will not seek charges against Masvidal.

“Leon is fine,” his team said in a statement. “We will cooperate with the UFC as they investigate the matter.”

UFC president Dana White expressed surprise over the postfight altercation, telling ESPN, “I can’t even believe that this happened. We need to do a much better job of making sure this s— doesn’t happened at any of our events.”

UFC senior vice president David Shaw told reporters he had seen video of the incident but didn’t have any further details about the next steps that would be taken.