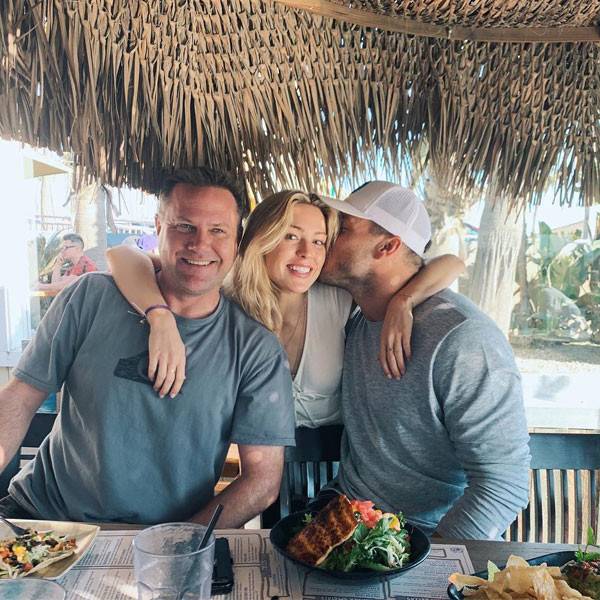 Colton Underwood went on another hometown date, but this time, there weren’t cameras around to capture every moment.

Colton and his girlfriend Cassie Randolph spent the weekend in her native Huntington Beach, Calif. where they soaked up the sun, ate some delicious looking meals and spent quality time with Cassie’s family. Both Cassie and Colton shared photos on social media of their outing.

Also present at their lunch date: Cassie’s dad, Matt Randolph. Let’s jump back in time a bit to The Bachelor‘s hometown dates as well as some of the last episodes of the season. Mr. Randolph appeared very skeptical at first about the entire situation as a whole—including Colton.

During Colton’s visit to SoCal, Matt uttered that unforgettable line, “We don’t know him, but he seemed like a, you know, guy.” Just a few hours of TV later, he showed up in Portugal and offered his sage, fatherly advice to his daughter who seemed conflicted about her relationship.

He said that he was “concerned” about a potential engagement when Cassie didn’t seem fully ready for one.

“When I saw Cassie at our house last week, I can’t say that I was convinced that she was in love. So I want to make sure that she’s seeing with both eyes open,” he added.

Cassie dumped Colton after her conversation with her dad, but the former football player ultimately won her back in the finale and they’re living happily ever after.

It looks on the outside like Colton and his potential-future-father-in-law have bridged some sort of divide. The 27-year-old shared a picture of him giving Cassie a kiss on the cheek while she stands between her dad and Colton.

Colton’s caption even seemed to make fun of the episode a bit. “The part of hometowns y’all didn’t get to see,” he wrote.

Cassie added in her own caption, “Here goes our actual hometown date :)”

A source told E! News that Cassie and Colton spent about an hour and a half at Sandy’s Beach Shack in Huntington Beach. The source said, “They were with friends and some of Cassie’s family. They loved the food and loved eating so close to the water. They were very friendly with everyone who approached them. A lot of people thought Colton couldn’t keep his hands off of Cassie.”

The insider added, “They seemed very much in love.”

A second source agreed. “They seemed very friendly and happy,” they said.

The philanthropy founder explained to People after the finale that he and Cassie aren’t living together just yet, but he’s officially made the move to the City of Angels to be closer to her. Colton’s residing in West Hollywood whereas Cassie is still in Huntington.

“Our goal is to buy a house in Huntington Beach in the next year, but we probably won’t move in together until we’re engaged or married,” he explained to the magazine.

They’re not engaged just yet, but Colton already has the ring and refers to her as his “future fiancée.”