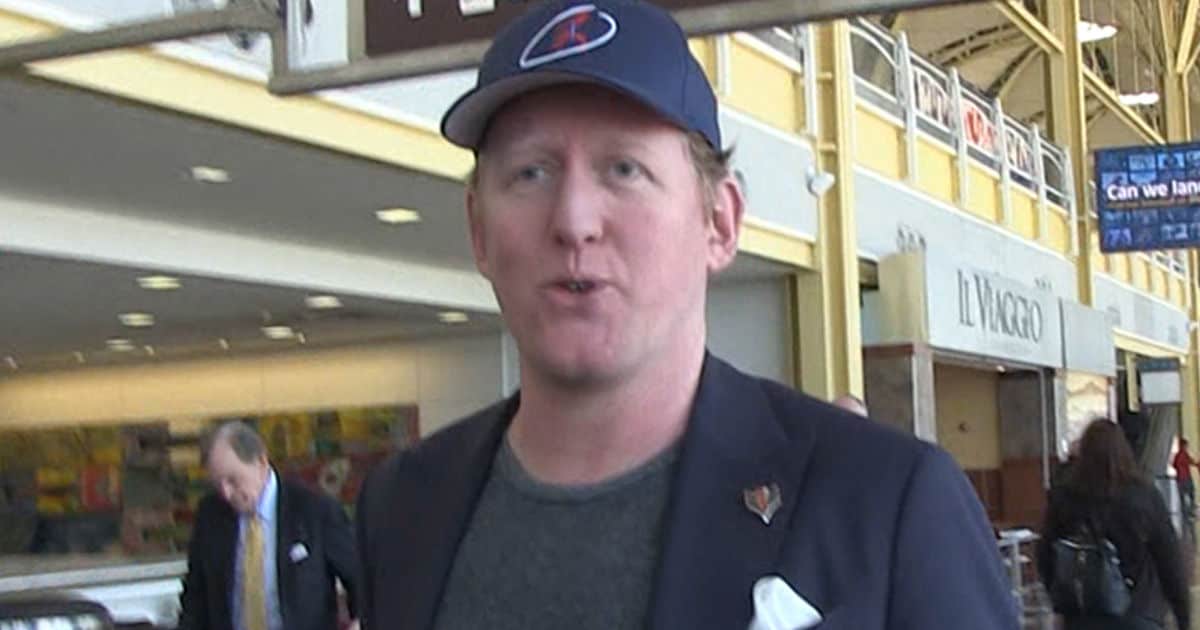 ‘Jerry Jones Hosted Me For Thanksgiving!!!’

Did you know … Dallas Cowboys owner Jerry Jones once made the guy who killed Osama Bin Laden his special Thanksgiving VIP guest???

It’s true … and when we spoke with Navy SEAL legend Rob O’Neill — he told us what it was like spending Turkey Day with one of the most powerful guys in the NFL.

We were in D.C. talking with O’Neill about his favorite NFL team — the Washington Redskins — when he dropped the Jerry Jones fun fact … so after the clip, we called him up on the phone to get the full story.

It all went down in 2014 when Rob was living in Dallas … some of the Redskins honchos wanted to do something nice for him so they put him in touch with the Cowboys in hopes of getting him VIP access to the Thanksgiving Day game.

The Cowboys not only hooked it up — but Jerry personally invited the American hero into his private owner’s suite for the full Thanksgiving turkey spread!!

Jones also took Rob down on the field with a full access pass. Least he could do, right?!

Rob says he’s still a hardcore Washington fan — but he’s got a soft spot for the Cowboys.