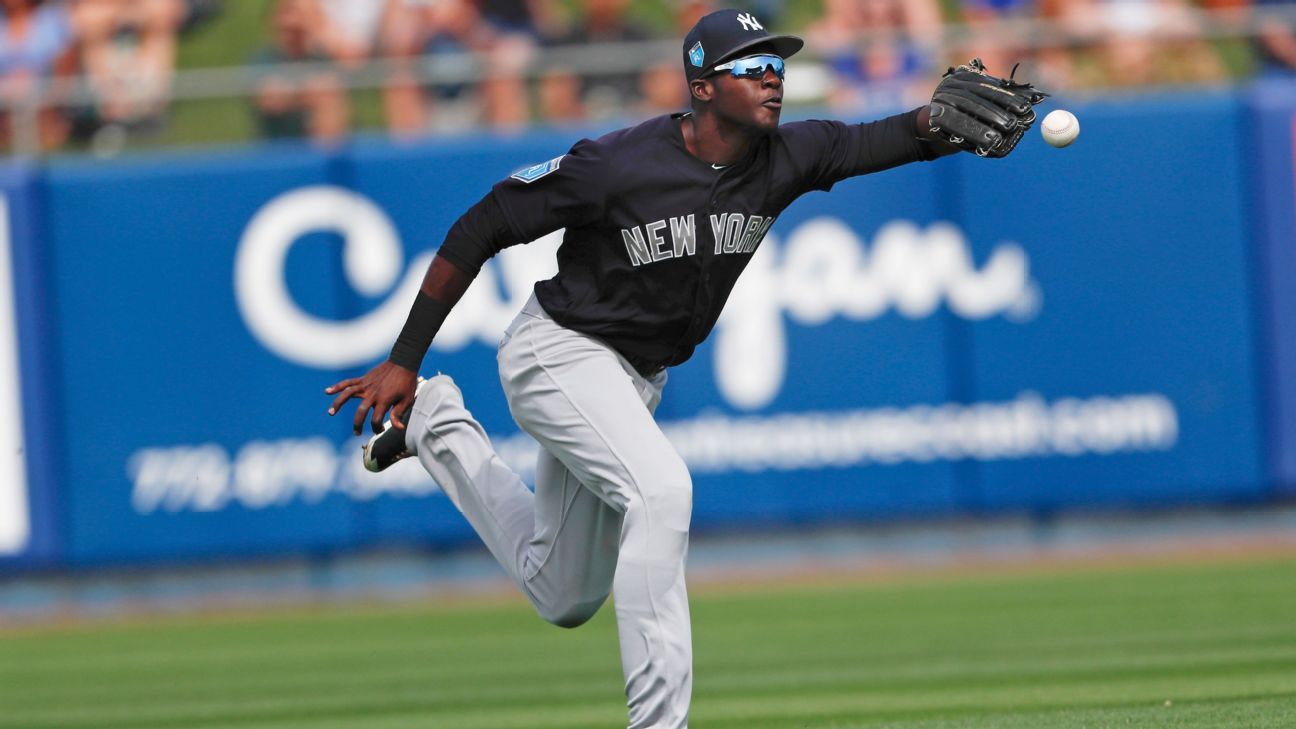 TAMPA, Fla. — Estevan Florial, one of the New York Yankees‘ top prospects who was in the middle of a stellar spring training, broke his right wrist late in Saturday’s 17-7 win over the Toronto Blue Jays.

According to the Yankees, Florial suffered a nondisplaced wrist fracture while chasing down a deep fly ball in the eighth inning. The team did not disclose a possible timetable for his return but indicated that further evaluation on the wrist is set for Monday.

About a half-hour before the team announced the injury, manager Aaron Boone told reporters that Florial would be getting X-rays on the wrist out of “precaution.”

“Think it’s something minor, but we’re going to take him and get X-rays, just in case,” Boone said.

This is the second time in two seasons that Florial has hurt his right wrist. Last year, a break of the center fielder’s hamate bone required surgery, and he missed nearly three months while playing in the Yankees’ farm system.

Although Florial has never played higher than high Class A, he was expected to begin this season at a more advanced stage. There also had become a remote chance in recent weeks that he could factor into the big league team’s plans in center field as starter Aaron Hicks continues to nurse a lower back injury.

However slim his chances of making the Opening Day roster were, Florial still was turning heads this spring. Through 13 games, he was hitting .355 (11-for-31) with two doubles, a home run and four RBIs. He was also 5-for-5 in stolen bases, with his latest coming earlier in Saturday’s game.

The injury occurred in the top of the eighth when Toronto’s Danny Jansen tripled on a ball that was hit to the wall in straightaway center. As Florial leaped for an attempted catch, he landed awkwardly, apparently coming down on his right wrist in the process. He was slow to get up but finished out the half-inning.

When the Yankees came up to bat in the bottom of the eighth, Florial was replaced by a pinch hitter.

New York still isn’t sure whether Hicks will have enough spring training at-bats to be ready for Opening Day, but the expectation is that the back tightness he has experienced for much of the spring will have cleared well in advance of the season opener.