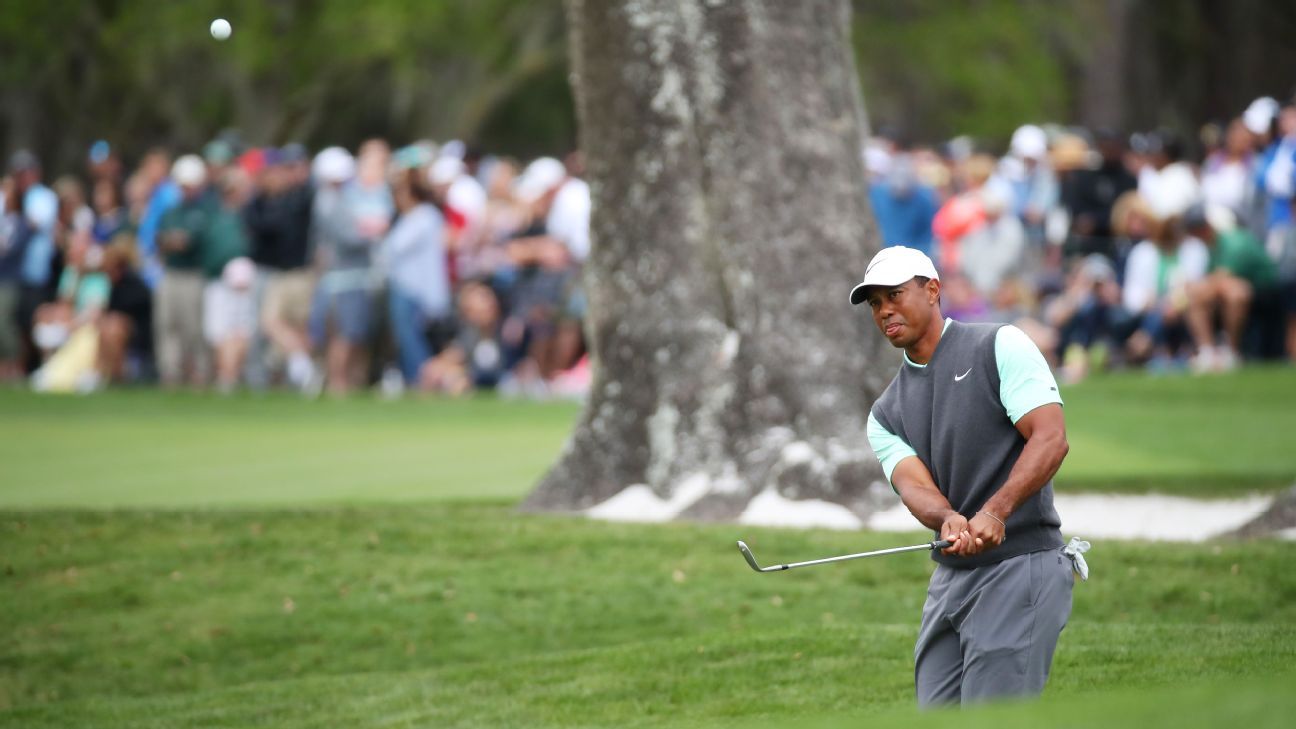 PONTE VEDRA BEACH, Fla. — For a good part of his round Saturday, Tiger Woods flirted with the secondary cut at the Players Championship, bogeying three of his first eight holes while seemingly being lost on the greens.

He managed to turn around things over his closing seven holes, making three birdies to salvage an even-par 72 and earn himself another round at TPC-Sawgrass.

“We kind of fought back a little bit,” Woods said. “I got it back to even par. I thought that was a good goal after being 3 over through 8 and just fought hard. I fought to the very end and I was able to post even par for the day.”

That got Woods to 3-under 213 for the tournament and safely inside the number needed to play on Sunday. Whenever there are more than 78 players who make the 36-hole cut, the PGA Tour has a secondary cut to the top 70 players and ties. Eighty players made it to Saturday. Those who fail to advance are still credited with a made cut and are paid.

Not making the secondary cut has happened to Woods just once previously in his career, at the 2014 Farmers Insurance Open, where he tied for 80th.

Woods struggled on the greens, giving up nearly three strokes to the field. He took 31 putts on the front side alone Saturday and missed birdie putts of 17, 10, 12, 15 and 9 feet. He finally made his first birdie at the short par-4 12th, where he drove the green and had a 30-footer for eagle, then two-putted.

“I just struggled with the green speeds being so much slower,” Woods said. “I was a little surprised they were that slow. I probably made the mistake of putting yesterday afternoon a little bit, they were dry, crusty and quick. Came out this morning and we were surprised at how slow they were on the putting green. So we thought they might be a little bit faster on the course. They were slow, grain was affecting it a little bit more and I struggling hitting the putts hard enough.”

Woods and playing partner Kevin Na did have a bit of fun on the 17th, where both knocked their tee shots close to the hole.

Na has gotten into a habit of quickly snatching the ball out of the hole on short putts, and on his 4-footer on the 17th, was moving after it before it even hit the hole. Woods, who had a putt from 3 feet, tried to mimic the move.

“It looked like he was going to catch it before it got to the hole,” Woods said. “I mean, he had to pull his hand back, slow it down. And I thought I’ll have a little fun with it, but I had to make sure I hit it on line first and then I did whatever I did.”

Na said he doesn’t do it on purpose and doesn’t know when he started doing it.

Both players laughed as they walked off the green.

Cool weather and rain are expected for Sunday’s final round, and Woods now has a clear path to the Masters, the year’s first major championship, next month.

After the Players, he will take next week off, play the WGC-Match Play, and then have another week prior to the Masters.

“I’m guaranteed to play three rounds in a couple weeks and so that’s basically like a tournament and we’ll see from there,” said Woods, referring to the round-robin format used at the WGC-Match Play.