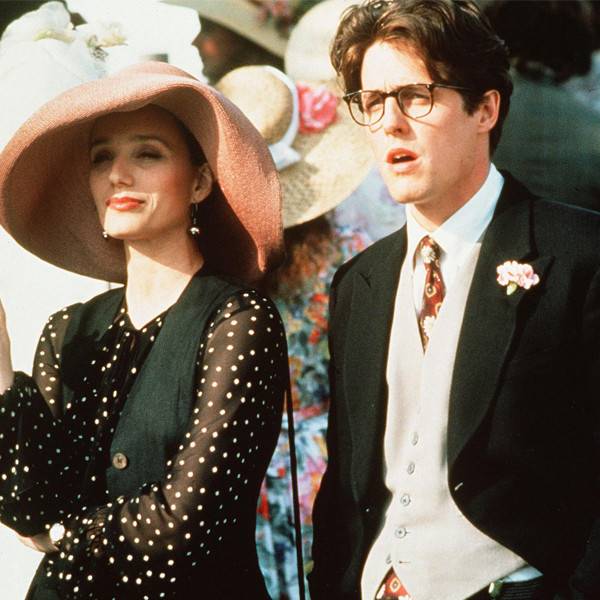 Rom-com devotees know that Four Weddings and a Funeral is a classic. Anything starring Hugh Grant and Andie MacDowell is a recipe for movie magic.

Luckily for fans, the two A-Listers are reuniting for the first time in 25 years (!!!) for the sequel. Best of all? It includes a delightful twist.

In honor of Comic Relief’s Red Nose Day, Grant, MacDowell and Rowan Atkinson are reprising their roles in the highly-anticipated short film, which is appropriately titled, One Red Nose Day and a Wedding. The movie also stars Lily James and Alicia Vikanderwho are key players in the sequel.

Ready for the epic plot twist?

It turns out, this time around, the two beauties are tying the knot! That’s right, James and Vikander will say “I do” in the upcoming short film.

And since we live in the digital age, people online are already sharing teaser clips of the already-iconic scene.

BBC aired a sneak peek of the wedding, and fans’ tweets range from “oh my god” to “I have died and gone to Heaven!”

One Twitter user wrote, “THE GAY WEDDING OF LILY JAMES AND ALICIA VIKANDER RIGHTS THE WRONG DONE UNTO US BY RICHARD CURTIS WHEN HUGH GRANT DID NOT END UP WITH KRISTIN SCOTT THOMAS AT THE END OF THE ORIGINAL FOUR WEDDINGS AND A FUNERAL thank you.”

I HAVE DIED AND GONE TO HEAVEN!! ALICIA IN A SUIT GETTING MARRIED TO LILY IN THE “ONE RED NOSE DAY AND A WEDDING” SPECIAL FOR RED NOSE DAY!!!!!!!!! LOOK AT HOW CUTE THEY ARE AND THEY ARE EVEN CUTER AT THE RECEPTION!!!!!!!!!!!!!!! pic.twitter.com/xzX2E6CtwG

The short film is set to air in the U.S. on May 23 on the NBC Network, according to a press release sent to E! News.

Save the date, because this wedding just might upstage Prince Harry and Meghan Markle‘s royal wedding!