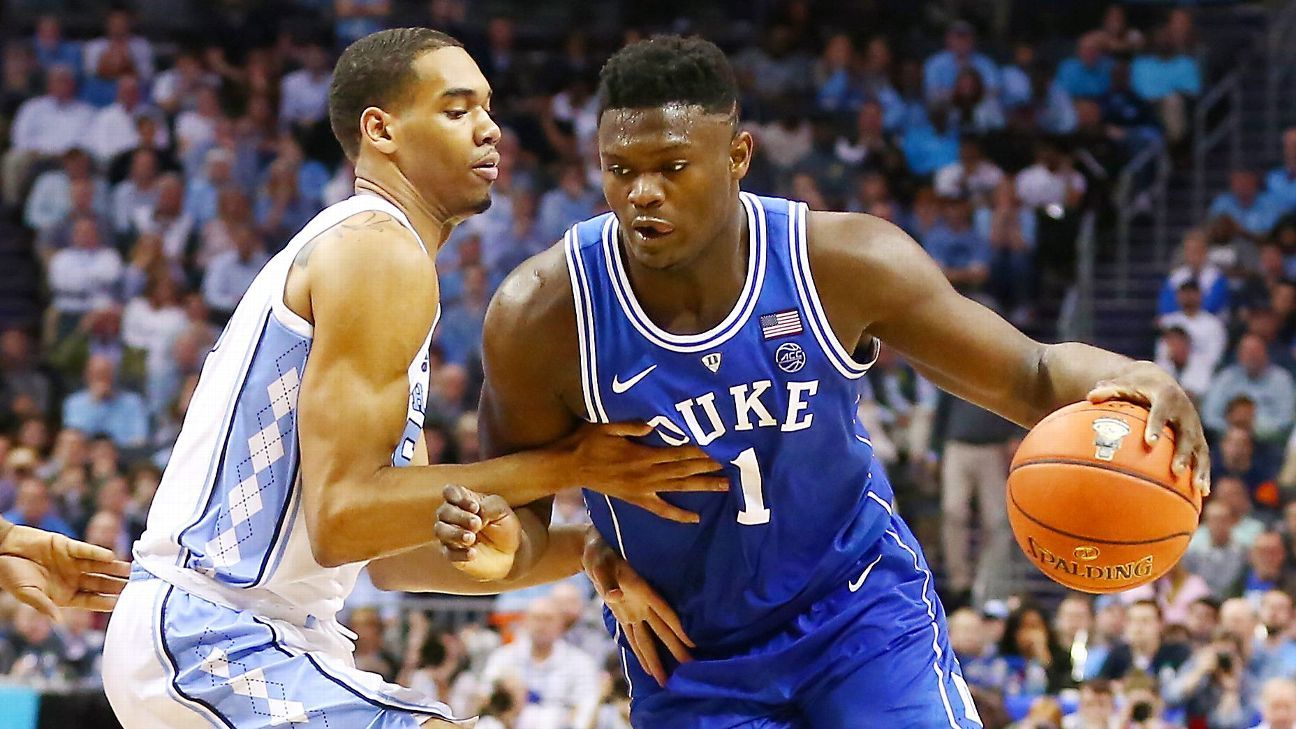 CHARLOTTE, N.C. — It wasn’t hard for Roy Williams to recap what changed between his team’s first two matchups with Duke, which ended in dominant North Carolina victories, and what transpired Friday night, with the Blue Devils edging out a 74-73 win that might well have shifted the pecking order for a No. 1 seed in the NCAA tournament.

“The guy that’s been hurt came back,” Williams said, “put on his Superman jersey and was incredible.”

“The guy” in this case would be Zion Williamson, and North Carolina heard its share about him even before he took the court.

Williamson injured his knee on Feb. 20 when his sneaker tore on the opening possession of Duke’s first game against the Tar Heels, and his absence overshadowed a signature win for UNC. Three weeks later, he sat out the regular-season finale in Chapel Hill, and again the Heels dominated. So the question loomed: Would UNC still be the better team with Duke at full strength?

Friday’s win offered an answer of sorts, but not one Williams or the rest of the Tar Heels were ready to affirm with any sense of certainty.

“He adds a different dimension to their team,” UNC’s Cam Johnson said of Williamson’s return. “He does a lot of things they don’t have without him, so it kind of changes the way they play offensively. But they ran the same kind of sets, and we got the same kind of shots we wanted as the first two games. He’s a great player, and he definitely adds something for their team, but he wasn’t our focus.”

North Carolina certainly had its chances to win even with Williamson on the court, an opportunity to upend its most hated rival for the third time in one season, and a chance to erase the cloud that lingered over its first two victories. Johnson shot a 3 with 18 seconds remaining that could’ve won it, and he was sure it had when it left his hand.

Nor did Coby White‘s final jumper, nor Nassir Little‘s put-back attempt. And that was the takeaway for the Heels. Without Williamson, there was no question which team was better. With him, the difference was one shot — a shot that felt just right leaving Johnson’s hand, but didn’t fall.

And yet, Williamson’s impact was something bordering on transcendent. In the first two games, Duke mustered just 58 points in the paint combined. With Williamson occupying prime real estate Friday, the Blue Devils had 50 — the most UNC has allowed in a game in eight years, according to ESPN Stats & Information.

For the game, Williamson finished with 31 points and 11 rebounds — the first player to post a 25-10 line in consecutive ACC tournament games since Tim Duncan, 22 years ago. His steal that led to a monster dunk was a turning point in the game. His last bucket, after corralling his own miss, was the difference in the final score. His work on both ends of the court made Duke a different team.

“He’s able to open it up a lot, and on the defensive end, too,” point guard Tre Jones said. “He’s able to guard anybody when we switch, and he’s on the boards always. He just flies around.”

Williamson helped cover for Cam Reddish, who was -11 for the game with five turnovers. And his success in the paint overshadowed R.J. Barrett’s 5-of-15 shooting night. It could’ve been Barrett’s two misses at the free-throw line with 12 seconds to play that defined the game. Instead, it was his decision to pass on a play designed for him and dish to Williamson for the game’s final points that proved decisive.

Duke now takes on Florida State for a chance at the ACC title. The Blue Devils have just one loss with their full starting five on the court, and that makes for a strong case for the selection committee to put them on the top line and send them to nearby Columbia, South Carolina — just down the road from Williamson’s hometown of Spartanburg.

Or perhaps the first two games without Williamson still carry weight with the committee. Williams made that case after Friday’s loss, noting “injuries are a part of it, too.”

And after Friday’s prize fight, it might be that the final decision on which team is better will be made after yet another rematch in the NCAA tournament.

“Would I love to see them? Honestly, if we match up against them, it’ll be a great game,” Williamson said. “But I’m not going to sit here and say, ‘Oh my God, I hope we can play them again.’ I’m not starting any extra drama.”