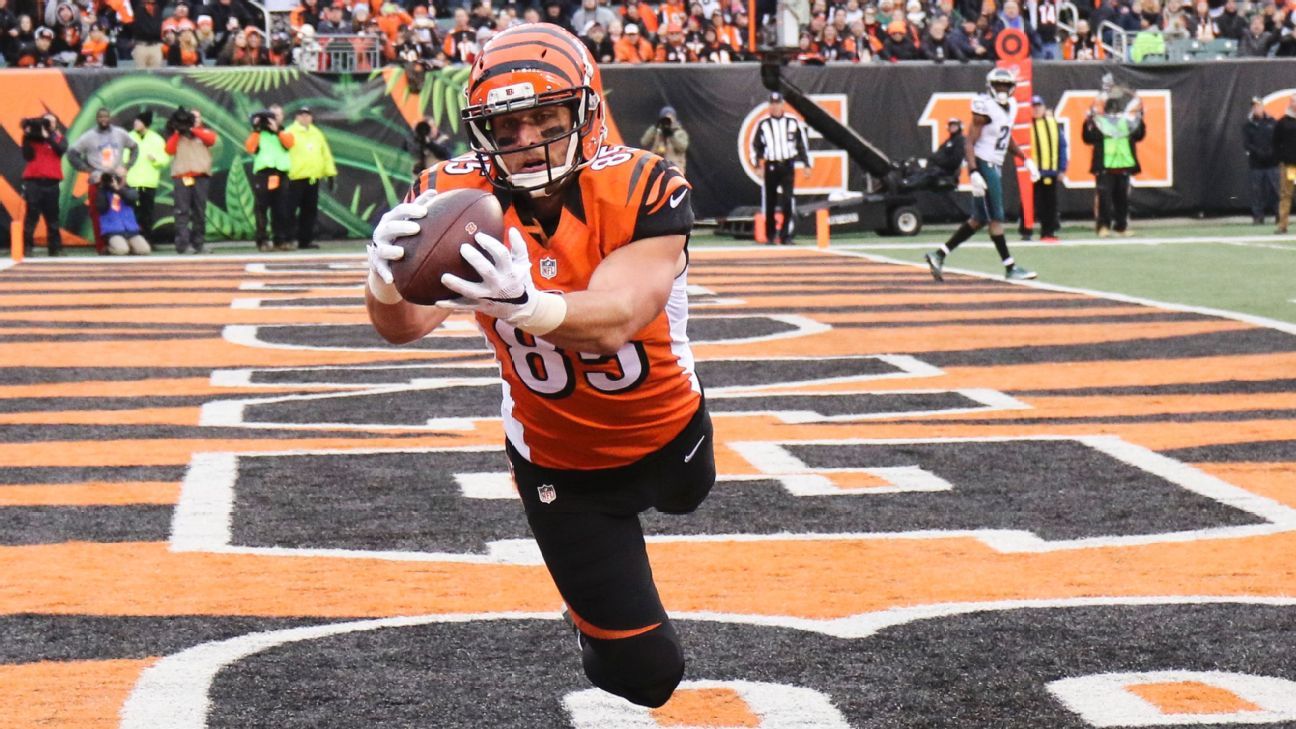 Tight end Tyler Eifert is re-signing with the Cincinnati Bengals on a one-year contract, a source confirmed to ESPN.

Eifert, 28, broke his ankle last season on Sept. 30 against the Atlanta Falcons and was placed on injured reserve after just four games, 15 receptions and one touchdown.

He has never played a full 16-game campaign and has had his season cut short by injuries in four of the past five years. An ankle injury suffered in the Pro Bowl after the 2015 season delayed his 2016 debut, and he played only eight games that season due to the ankle and an additional back injury. Problems with his back also ended his 2017 season after two games. He had back surgery in both 2016 and 2017.

What you need to know about the Cincinnati Bengals:

Eifert was one of the best tight ends in the league in 2015, catching 52 passes for 615 yards and 13 touchdowns en route to a Pro Bowl berth. The 21st pick out of Notre Dame in 2013, Eifert played out his rookie contract with the Bengals before signing a one-year deal with the team last spring despite other offers.

ESPN’s Katherine Terrell and Dan Graziano contributed to this report.