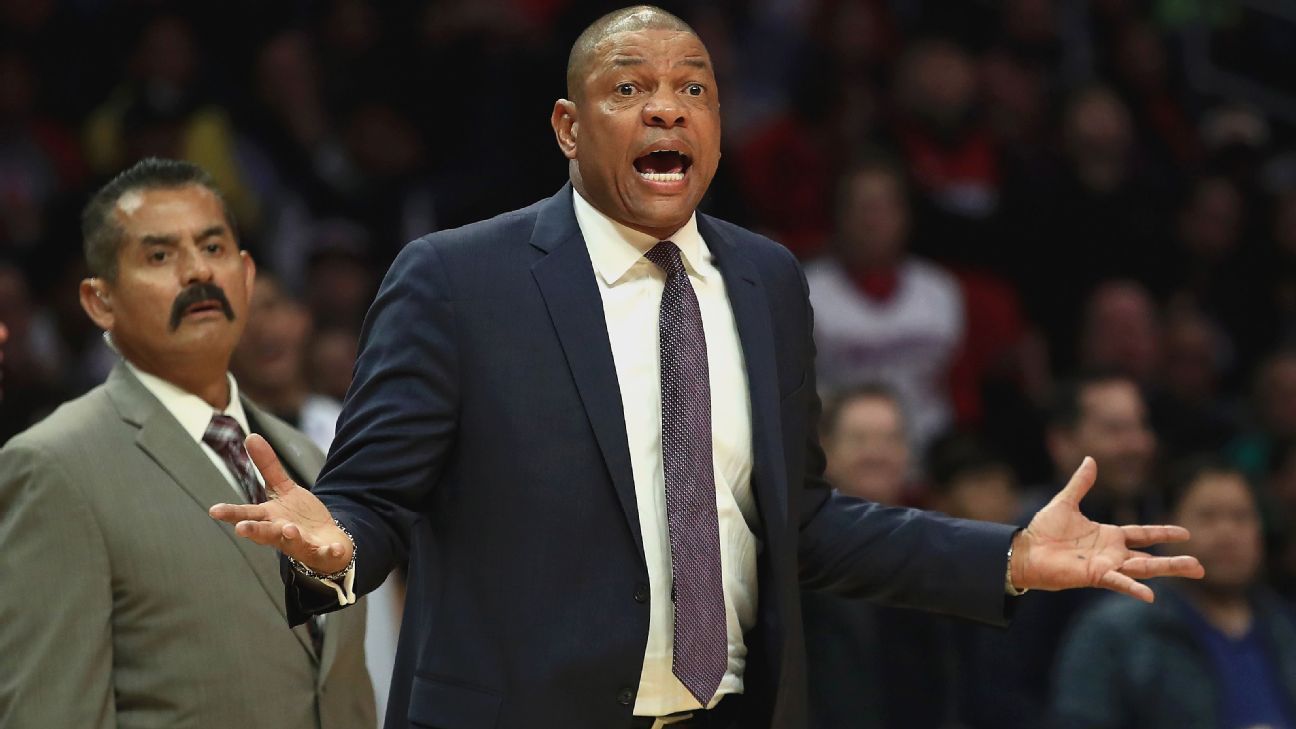 LOS ANGELES — Clippers head coach Doc Rivers and Chicago Bulls coach Jim Boylen were both ejected Thursday night after what appeared to be a heated exchange near midcourt during their game at Staples Center.

Their ejections occurred with 1:14 left in the third quarter, soon after Clippers forward Montrezl Harrell was whistled for an offensive foul.

It wasn’t immediately clear if Boylen made any remarks toward Harrell or what might have ignited their exchange, but Rivers and Boylen immediately began engaging each other in a heated fashion on the sideline until officials stepped in.

Each coach was issued a pair of technical fouls and ejected.

Boylen high-fived his players before leaving the court, and Rivers huddled with his.

It is considered rare for both coaches to be ejected in the same game, let alone at the same time.