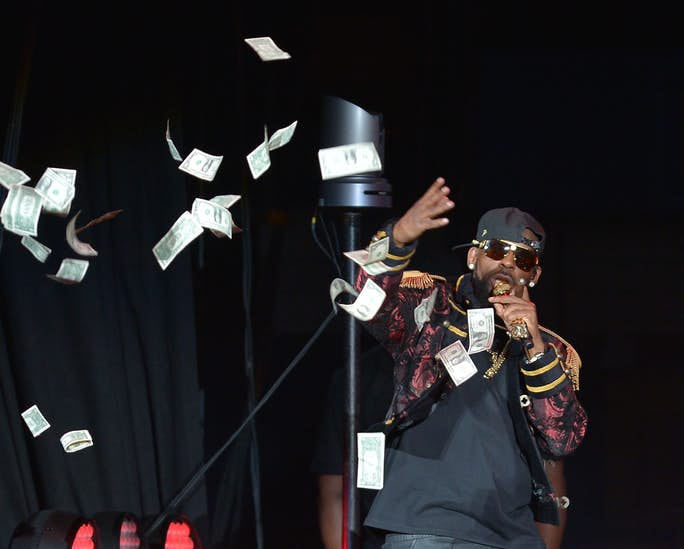 (AllHipHop News) A Chicago, Illinois judge has shot down R. Kelly’s motion to reduce his child support payments to his ex-wife.

The disgraced hitmaker was found in contempt of court in late February after failing to keep up with payments for his three children with Drea Kelly.

He was accused of ignoring the support bills for months and was given until March 6 to settle the full debt, amounting to more than $160,000 – or go to jail.

The singer was unable to meet the deadline and was thrown behind bars, where he remained for three days until an anonymous donor covered the fee to secure Kelly’s release.

He subsequently filed a request to lower the $21,000 monthly payments he had previously agreed to in the couple’s 2009 divorce, claiming he could no longer afford the amount due to a lack of work.

Kelly appeared in court for a closed-door hearing about the motion on
Wednesday, but his efforts were dismissed.

Another hearing regarding the case will be held on May 8.

After the ruling, Kelly’s attorney, Steve Greenberg, blamed his client’s money woes on the backlash the singer has faced over allegations of sexual misconduct.

“If you can’t play a show, if you can’t go out on tour, if they’re not streaming your music anymore, obviously you’re going to have financial problems,” he told reporters. “You don’t need to be a rocket scientist to figure that out.”

The embattled R&B star’s publicist, Darryll Johnson, also insisted Kelly had no assets to sell to raise the funds, as he only rents his apartment at Chicago’s Trump Tower.

Prior to his stint behind bars last week, Kelly had also spent a weekend in jail in late February following his indictment on 10 felony counts of aggravated criminal sexual abuse.

He has pleaded not guilty to those charges and is currently free on $100,000 bail. He is due back in court to face those allegations on March 22.