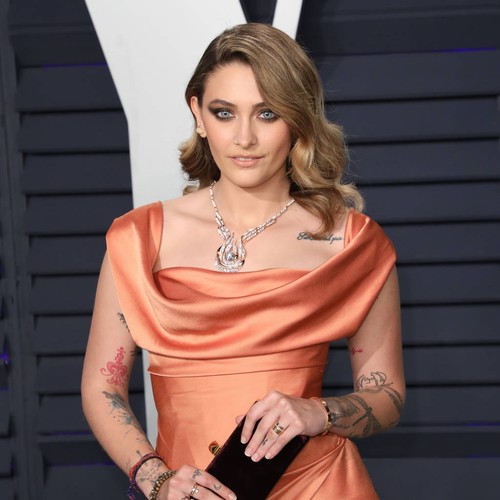 (Cover) – US Showbiz – Paris Jackson is firing back at reports suggesting she was hospitalised on Saturday (16Mar19), following an attempted suicide.

Family sources told TMZ police and emergency service officials responded to the model and actress’ home in Los Angeles early on Saturday morning amid reports suggesting she had tried to take her life, but Michael Jackson’s daughter took to Twitter hours later to dismiss the reports, writing: “f**k you you f**ling liars.”

Sources told the news outlet Paris was hospitalised and placed on a 5150 psychiatric hold, adding she was struggling to cope with the fallout from the Leaving Neverland documentary, in which two men, Wade Robson and James Safechuck, accused her late father of molesting them when they were kids.

TMZ sources claim Paris is in a stable condition at a Los Angeles hospital.

On Wednesday (13Mar19), the model took to Twitter to salute her cousin, Taj Jackson, for the way he was defending her late father following the release of director Dan Reed’s damning film.

“There’s nothing i can say that hasn’t already been said in regards to defense,” Paris wrote. “Taj is doing a perfect job on his own. and i support him. but that’s not my role. i’m just tryna get everyone to chill out and go with the flow, be mellow and think about the bigger picture. that’s me (sic).”

The 20 year old took issue with headlines which suggested she was “spiralling out of control” and told one user that she didn’t have the same amount of patience as her dad did.

“I have the same moral compass as my father, but not the level of patience,” she tweeted. “I’ll fight for love n peace in the same way, but i am more aggressively driven. i don’t sit by idly when i see injustices happen, especially when they’re directed towards me or my family.”