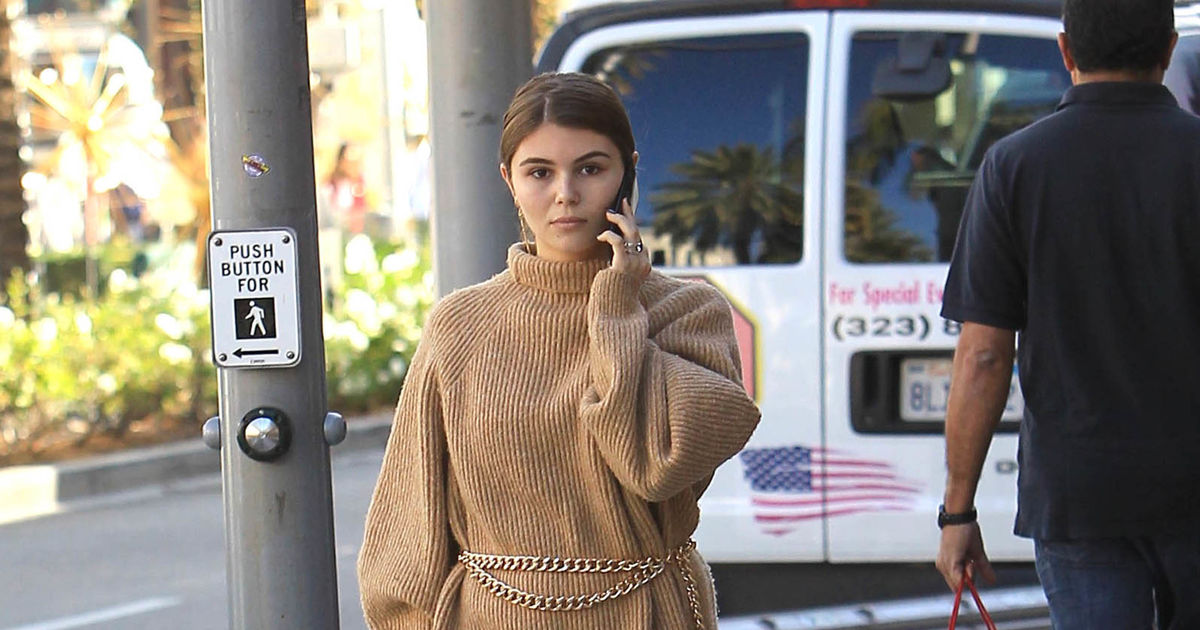 In the year leading up to the arrest of her parents Lori Loughlin and Mossimo Giannulli in the college admissions scam, YouTuber Olivia Jade Giannulli, 19, once went public with an admission of her own, saying she was “literally never at school.”

Us Weekly reports that on the last day of high school in May 2018, Olivia posted a vlog in which she said, “I’m, like, excited to go… do the school prank, but I’m also literally never at school that I think… maybe they forget I go there.”

She followed up that blunt statement with a quick “I’m just kidding!” but in light of the current controversy, it remains an unfortunate comment.

The vlog went unnoticed at the time, though one she posted a few months later — in which she bragged that she only wanted to go to college to party — led to backlash, forcing her to apologize.

Loughlin and Giannulli are among 50 people who have been charged with conspiracy to commit mail and wire fraud in the scam, which was run by William Singer, who “used the purported charitable donations from parents, at least in part, to bribe two SAT and ACT test administrators,” along with college athletic coaches.

According to court documents, Loughlin and Giannulli “agreed to pay bribes totaling $500,000 in exchange for having their two daughters designated as recruits to the USC crew team — despite the fact that they did not participate in crew — thereby facilitating their admission to USC.”

Olivia is also facing some repercussions, with Sephora ending its partnership with her. A Sephora rep told TMZ, “After careful review of recent developments, we have made the decision to end the Sephora Collection partnership with Olivia Jade, effective immediately.”

Olivia’s partnership with Princess Polly seems to be over as well, since her page is no longer active.

Olivia and her older sister Isabella Rose have also reportedly dropped out of USC for fear they would be bullied if they returned. Along with lying low, a source told the site that Olivia “is a mess, despondent, and feeling like it’s the end of the world.”