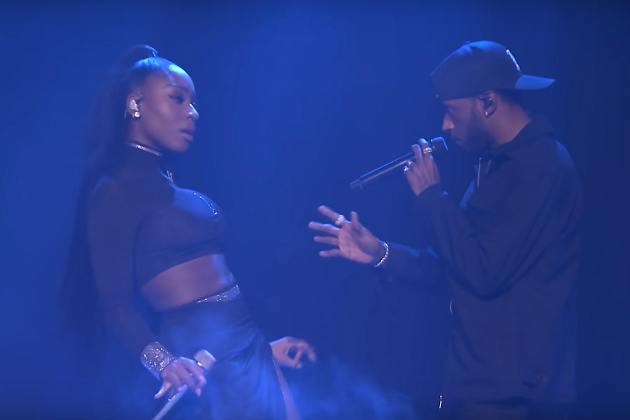 Normani’s single featuring the LVRN crooner premiered last November. A music video for the collaboration was uploaded to YouTube on February 12 and has since amassed over 5 million views.

“Waves” could be the lead single for Normani’s debut solo album. The former Fifth Harmony member spoke about the upcoming LP during a 2018 interview with Zane Lowe.

“I want to make music that I grew up listening to and for me, going back and taking it back to R&B and my vocals being in the driver’s seat,” said Normani.

She continued, “I love production, and I feel like because I’m also a dancer, I can appreciate that, but I think that this was a real moment for me to really showcase my vocals, which is something I feel I hadn’t been able to do in this way.”

“Waves” has already peaked at #19 on the Hot R&B Songs chart. In addition, Normani and Sam Smith’s “Dancing with a Stranger” currently sits at #20 on the Hot 100.