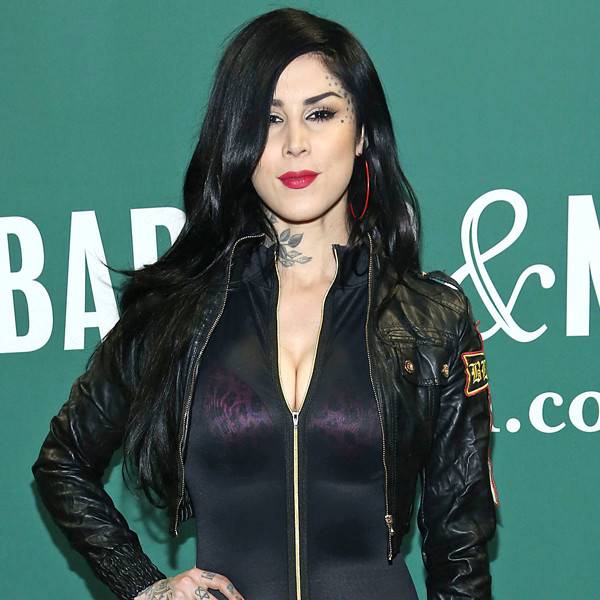 Kat Von D is setting the records straight on rumors that she is an anti-vaxxer or anti-semitic.

For many months, the makeup artist has been the subject of controversy after she said she and her husband, Leafar Seyer, planned to raise their first child together as “a vegan child, without vaccinations,” according to Buzzfeed. After making this comment, many people began to claim that they were boycotting the artist’s beauty products and started directing a lot of “hate” towards her and her family.

Now, the new mom is taking to YouTube to clarify the rumors surrounding her controversial personal beliefs.

In a YouTube video titled “I am NOT a nazi. I am NOT anti-vaxx.,” Kat explains, “Back when I was pregnant, somebody asked me on Instagram if we were vaccinating our baby and, after doing a bunch of research and doing the ingredients, naturally I had some hesitancy.”

In light of the backlash, however, the former Miami Ink star says she has tried to become more educated on the reasons why people may or may not vaccinate their kids. “Since then we have decided to consult with, as parents, with our pediatrician, but unlike before, I have learned my lesson and I am choosing not to make our decision or any of our baby’s health records public,” the tattoo artist shares.

As for the rumors of Nazism, the star claims that it all started when she was starting out on the series Miami Ink in 2008. Kat claims that her presence on the majority-male show fomented an unhealthy work environment, especially with one unnamed individual. She said that she was plagued by the verbal and sexual harassment that took place on the set of the TLC show.

According to the star, the “hazing” eventually forced her to her breaking point, causing her to quit the show. However, she ended up getting offered her own spin-off show, LA Ink, which angered the alleged aggressor. As a form of retaliation, he forged anti-semitic material and spread the rumor that she was a Nazi. “Overnight, I was falsely branded as an anti-semite and I had no idea how to handle it or what to do,” she shares. “I remember the network’s publicist just told me to stay quiet and let it go away.”

Years later the rumors continue to persist about Kat, which is the reason why she is choosing to address the “awful” lies. “I have a son now and seeing all of these awful comments and the things people are saying, I can’t just sit around and pretend it’s going to go away,” the artist says.