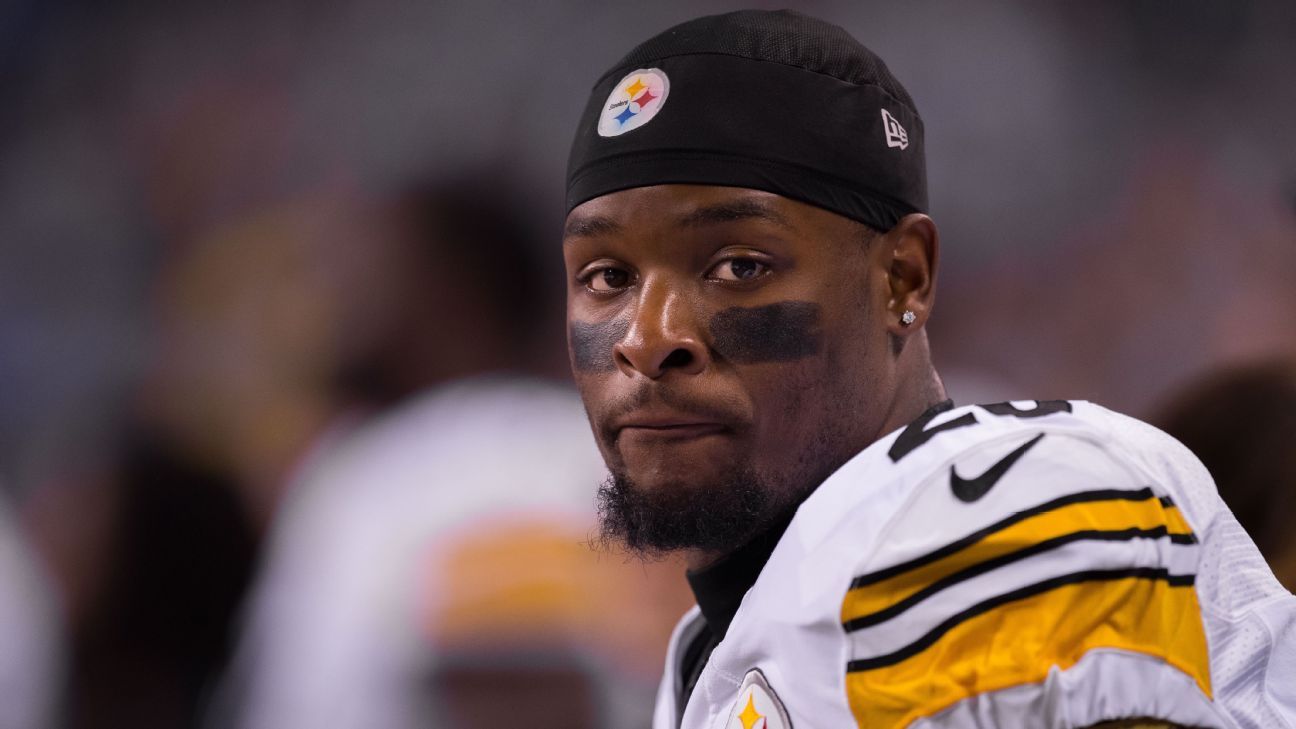 PITTSBURGH — Just a tick after 10 p.m., Le’Veon Bell stepped out of the New York Jets facility with his first chance to exhale. He toured the facility, talked with New York media via conference call, took dozens of pictures, and yet he still hadn’t taken off his flat-billed Jets hat.

The first day in an NFL office in 14 months had to be savored.

“I’m truly happy,” said Bell in a lengthy interview with ESPN via telephone Thursday after addressing New York media on a conference call. “Don’t get me wrong, everything didn’t happen smoothly.”

Everyone involved in his rocky franchise tag negotiations felt those potholes on a career path that eventually led Bell up the New Jersey Turnpike. The Pittsburgh Steelers carried resentment over Bell’s year-long holdout, and Bell attempted to block out waves of criticism about his decision to keep $14.5 million in an owners’ coffer instead of his own wallet.

Bell chose injury protection and the promise of future guaranteed money over all else. Living by that conviction through an entire NFL season was one of the hardest things he has ever done.

In highlighting his time away, Bell reaffirmed his original plans to report to the Steelers in Week 7, which ESPN reported Oct. 1. Bell said Thursday he absolutely intended to show up on the team’s bye week in Week 7 to sign his tender and get to work. But shortly before then, Bell learned that he didn’t need to play any games to hit free agency. Before then, he thought he needed to play six games for an accrued season, but turns out he was free as long as the Steelers didn’t tag him again. The Steelers ultimately decided the $14.5 million transition tag for 2019 was too steep.

Bell learned about this on social media shortly before the bye, then consulted his agent, Adisa Bakari. That changed his plan to report, and he couldn’t tell anybody because that would reveal too much about his future plans. In Week 10, The Athletic reported that Bell gleaned “new information” in the process that kept him away.

“That was the biggest mix-up the whole time,” Bell said. “I thought I had to sit out until Week 10 or else they can tag me again. Around before the bye week, that’s when I found out I didn’t have to play.”

The Steelers never did approach him about a trade before the Oct. 30 deadline, so Bell ruled that out. But he left open the chance to suit up in Pittsburgh once more. Early in Week 10, Bell flew to Pittsburgh sort of on a whim. He was hanging out in his area home. He tried playing basketball to clear his mind. In the days before the team’s 52-21 win over the Carolina Panthers, Bell was on his couch and ready to grab his car keys for a trip to the facility.

“I was so close to doing it,” he said. “At the same time, I was so torn. Do I go through that? Will they embrace me or will they not? I eventually decided I sat out 10 games, I can sit six more. At the time, the team was malfunctioning, having problems, a lot of blame on me. I didn’t want to come back and not feel welcome.”

The way Bell saw it, the only benefit of playing last year was in a lesser role, not his normal 25-touch-per-game workhorse pace. Bell didn’t want to take that chance.

“If I went out there for the last six games and got hurt, I would have felt sick,” he said.

So he reveled in the year off, ramping up his training routine around November. He spent time with family, traveled to Los Angeles and his hometown of Columbus, Ohio. He was at ease knowing he’d gained a position of flexibility. Bell and his camp believed the Steelers would not want to deal with a transition tag that would limit cap flexibility and presented major challenges in pulling off a trade.

All this set the stage for Bell to try to reset the running back market. Bell got $25 million guaranteed on his four-year, $52.5 million deal with the Jets, which is slightly more than Cardinals running back David Johnson ($24.682 million).

But it’s hard to ignore the money Bell left in Pittsburgh.

Bell’s five-year, $70 million offer from the Steelers last offseason would have netted him around $45 million over the first three years, though the salaries were not guaranteed. That’s a $19 million difference from the $26 million he can earn in the first two years with the Jets.

What you need to know about the Pittsburgh Steelers:

Bell figured fans and media expected him to get $16-17 million per year, and he was prepared not to get that. The guarantees were paramount, and the Steelers were well short in that area.

“The [average per year] was fine. The three-year cash flow is fine. But you’ve got to give me some middle ground,” Bell said. “[The Steelers] tried to give me no leeway on that, take it or leave it … At the end of the day, I wanted to go where it would make me happy and have the guaranteed money, no matter what happens to me. I’ve seen what happened to [Steelers linebacker] Ryan Shazier [who might never play again after missing most of the past two seasons with a spinal injury], and I’ve seen that with my own eyes. I have to protect myself. The owners are protecting themselves, I have to do the same thing. Any other team and it would have been entirely fine. But the way [the Steelers] structure it and the way I am, I simply can’t rock with it. The way the Rams did it [with Todd Gurley’s contract] was perfect, Cardinals with David Johnson, Zeke [Elliott] will probably kill.”

Bell’s exodus led him to the white and green, a new team and new city he’s eager to conquer.

But he became an All-Pro in the black and gold, which he won’t forget.

“I love the city of Pittsburgh,” Bell said. “People were mad at me, which is understandable, the feeling that I’m not on the field with you. But everybody is entitled to how they feel. I don’t have any bitterness toward anybody. At the same time, I wish everybody the best over there. It just didn’t work.”