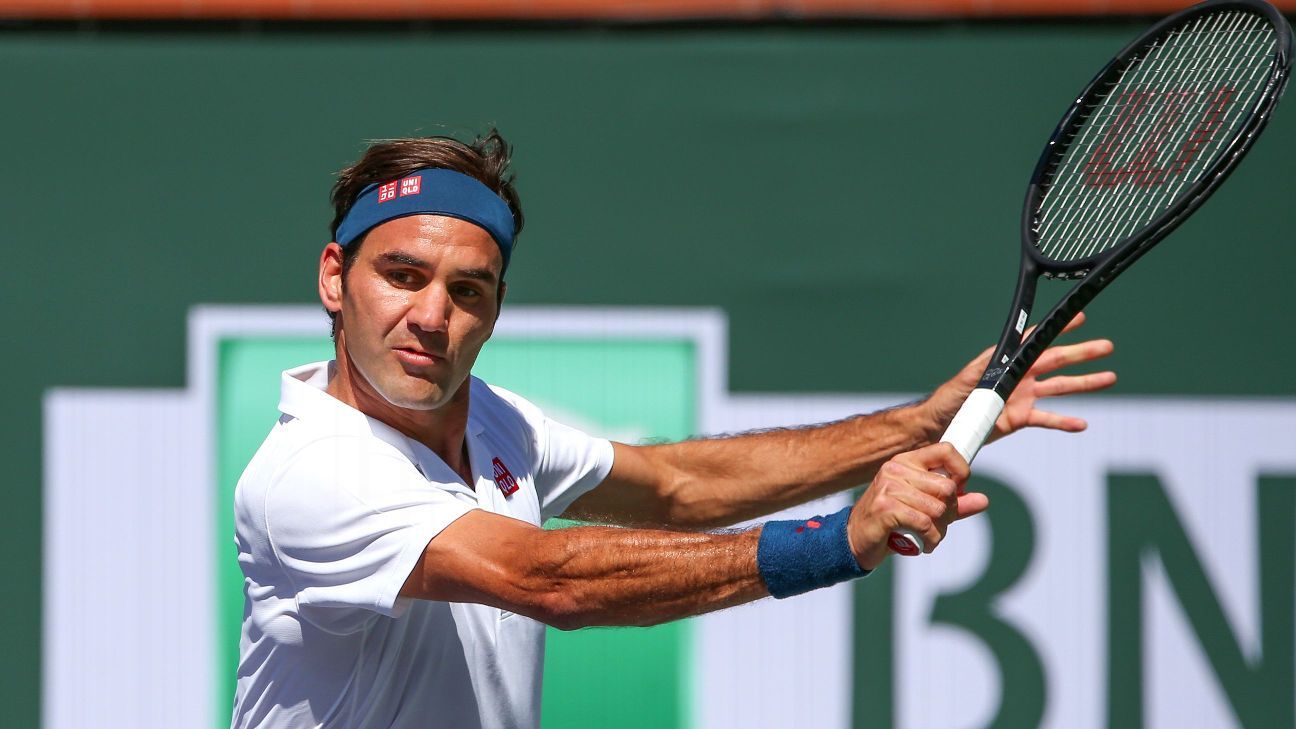 INDIAN WELLS, Calif. — The most newsworthy event Saturday at the BNP Paribas Open took place before any player stepped onto center court. Moments before the first semifinal of the day, which No. 7 Dominic Thiem won 7-6 (3), 6-7 (3), 6-4 over heavy-hitting Canadian Milos Raonic, Rafael Nadal announced he was withdrawing from the tournament with a right knee injury. That meant the much-anticipated 39th meeting between Nadal and his longtime rival, No. 4 Roger Federer, would not take place later in the afternoon.

“It is not about only today,” Nadal said in an emotional press conference after announcing his decision. “Sometimes it is tough and can be frustrating to go through all this stuff. I accept the situation even if today is a sad moment for me. I try to be positive and grateful with all the things that tennis has given to me, so I can’t complain much. What I’m gonna do is go home and try to smoothly transition to clay and be 100 percent for the first event in Monte Carlo.”

While Federer floated into Sunday’s Indian Wells men’s final (ESPN2, following women’s final at 4 p.m. ET) without dropping a set all tournament, his two greatest rivals sputtered. After an uninspiring performance against unseeded German Philipp Kohlschreiber, world No. 1 Novak Djokovic parked his run in the third round and then turned his attention to doubles.

And despite cruising through the early rounds, Nadal was unable to recover from Friday afternoon’s physical match against No. 12 Karen Khachanov, a match that required two tiebreakers — and two visits from the trainer to attend to his right knee – for Nadal to win in straight sets.

“It’s a big letdown,” Federer said Saturday. “I was ready to go, warming up this morning and I heard Rafa was warming up on the outside courts. I thought the match was definitely on. Then Rafa texted me a message saying, ‘It’s not going to be possible, my knee’s not well and I can’t do it.’ I am obviously excited to be in the finals, but not this way. [Nadal] played so well this week and I thought he was playing some of his best tennis again. I was really looking forward to the match and I’m sorry it didn’t happen.”

Nadal’s withdraw was a disappointment for sure, but to spend too much time focusing on the past would be disrespectful of what’s to come Sunday. Despite a slow start to the season, Thiem has been impressive this week. He played flawless tennis against Raonic, a player he’d never taken a set from until Saturday, and didn’t face a break point until the final game of the match.

Now Thiem will play in his first final at the BNP Paribas Open, as well as his first Masters final on hardcourts, against a fresh-footed Federer eyeing career singles title No. 101.

“He’s playing very well, using the kick serve very effectively,” Federer said after watching the final set of Thiem’s semifinal win. “The spins bounce up high in the desert air and he is one of the fittest guys out there who can hit balls hard. This surface suits his game. I hope I can play aggressive tennis against him. I think we’ll see interesting points tomorrow.”

Federer admitted he wants a do-over after last year’s disappointing defeat in the finals at Indian Wells, and said he welcomed a day of rest. “When you get an afternoon off, you take it,” said the 37-year-old Federer, the oldest finalist in tournament history. “Put the legs up, take a massage, spend time with the family. After last year’s tough loss against Juan Martin [del Potro], I would love to go all the way again.”

A win Sunday would far and away be Thiem’s biggest victory over Federer and only his third title on hardcourts. (He has eight on clay and one on grass.) Unlike “Fedal,” Thiem and Federer do not have a storied history. They’ve faced each other only four times, most recently at the ATP Finals in November, which Federer won, and three times in 2016. They’ve split wins, with Federer winning both of their hardcourt matches and Thiem winning once each on grass and clay. They’ve never faced each other in a final.

“It’s always something special to play [Federer] and also something special to compete in a Masters 1000 final,” Thiem said after his semifinal match. “It’s only my third one. I know it’s going to be very tough, but at the same time, I will give everything to hopefully win my first [Masters 1000] title. “It’s amazing that I came this far, and hopefully it’s not the end.”

So while Federer-Nadal hopefuls look ahead to the clay season with anticipation, tennis fans can look forward to a fresh rivalry blossoming in the desert.