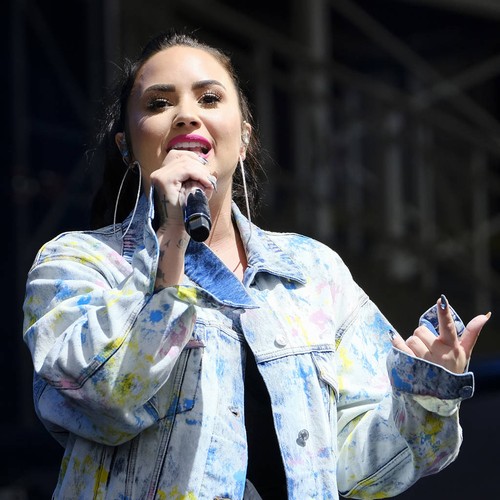 Demi Lovato has marked what would have been her seven-year sobriety anniversary with a message to fans.

The singer stumbled and relapsed last summer (18) and underwent a lengthy spell in rehab after suffering an overdose, and on Friday (15Mar19), the 26 year old was keen to make it clear she’s still determined to stay clean.

“Today I would’ve had 7 years sober,” Demi wrote on her Instagram Stories account. “I don’t regret going out because I needed to make those mistakes but I must never forget that’s exactly what they were: mistakes.

“Grateful that AA/NA (Alcoholics Anonymous/Narcotics Anonymous) never shuts the door on you no matter how many times you have to start your time over. I didn’t lose 6 years, I’ll always have that experience but now I just get to add to that time with a new journey and time count.”

She then suggested her story could offer others struggling with addiction issues hope: “If you’ve relapsed and are afraid to get help again, just know it’s possible to take that step towards recovery,” she added.

“If you’re alive today, you can make it back. You’re worth it.”

Lovato still hasn’t gone into detail about the overdose which led to a lengthy hospital stay last summer after she was found unconscious in her Hollywood Hills home, but her representative insisted some reports surrounding the medical emergency were inaccurate.

The Confident singer celebrated six years of sobriety last March (18), before confessing to her fans that she had relapsed in new song Sober, which was released in June, a month before the overdose drama.