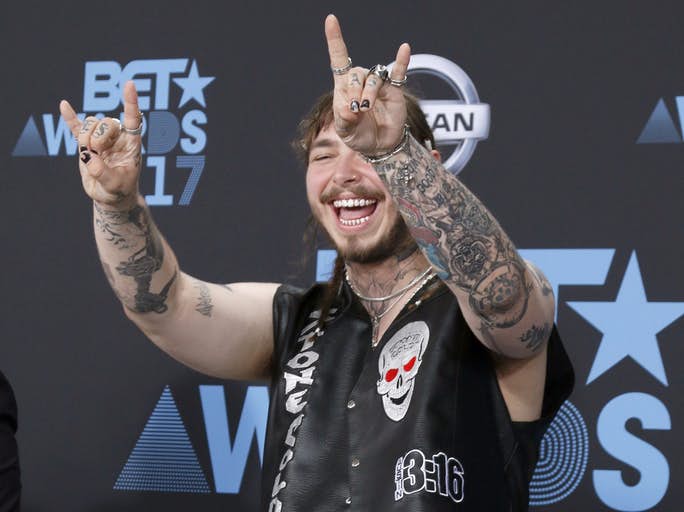 (AllHipHop Rumors) Post Malone and Yelawolf are kind of the same person, right? Not skills or anything,, but they seem to come from the same neck of the woods. That said, it makes sense why they don’t get along. They cannot occupy the same space. Last week, Yelawolf, who is still signed to Shady, took the time to do a lyrical drive-by on all his white counterparts in a song. I listened to it and it was solid. He dissed G-Eazy, Postie Mal, MGK and probably some others too. At any rate, most didn’t reply, but Post Malone did. Here is what Yela said:

“I would diss Post Malone but he don’t even rap, fuck it, fuck Post Malone, just because, let’s see if he answers back, all that chain stitching from chill bill, and the cowboy boots and hats, damn Posty, why can’t we be friends? Our clothes already match, poser, biter, appropriation thief, give a fuck how many records you sold, every fan you made is a leaf off of my tree, boy you’re my seed, another mullet in the gang, with the teeth I see, I just picked a bone with Post Malone, and did it all on a B-side beat.”

It didn’t take long for Yelawolf to respond. He wants to turn this into a musical battle. By his own admission, Post Malone doesn’t rap. Not likely and we all know, that’s Yelawolf’s domain.