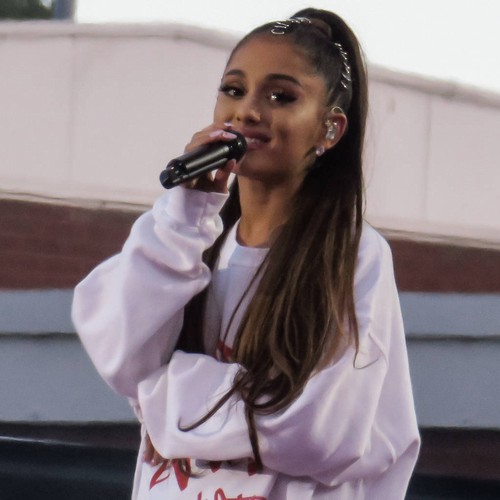 Ariana Grande has sparked rumours of a reconciliation with her ex Graham Phillips, after she was seen enjoying a night out with him on Saturday (09Mar19).

The 7 Rings singer was spotted heading to dinner with Graham, who she previously dated between 2008 and 2011, at New York’s Carbone restaurant over the weekend. The 25-year-old dressed to impress in a Burberry miniskirt and white thigh-high boots for the evening, finishing off her outfit with a black top and her signature high ponytail. Graham, meanwhile, perfectly complemented his one-time love in a tan and navy ensemble.

The dinner date isn’t the first time Ariana and Graham, who met when they co-starred in the Broadway production of 13 in 2008, have reunited in recent years. They previously sparked a frenzy among fans when they headed out to dinner in 2016.

However, despite looking cosy on Saturday night, a source close to Ariana told E! News that the evening out was just platonic.

“She’s single,” the insider said. “She’s seen some of her exes, but she’s not dating any of them. She’s just catching up with people that she once cared about and had a connection with.

“She’s in Pennsylvania now rehearsing for her tour and that’s her main focus. She isn’t thinking about one particular guy or that aspect of her life. She’s working very hard to get ready for her shows.”

Ariana’s evening with Riverdale star Graham comes just a few weeks after she was spotted with another of her ex-boyfriends, rapper Big Sean.

The pop superstar, who dated Sean for about eight months before parting ways in April, 2015, was at a recording studio in Los Angeles last month (Feb19) when she heard Sean was there too, and she was photographed stepping outside to meet him.

They apparently decided to hang out together elsewhere, as snaps obtained by TMZ showed Ariana seated in the singer’s car, holding one of her beloved pet dogs, before driving away together.