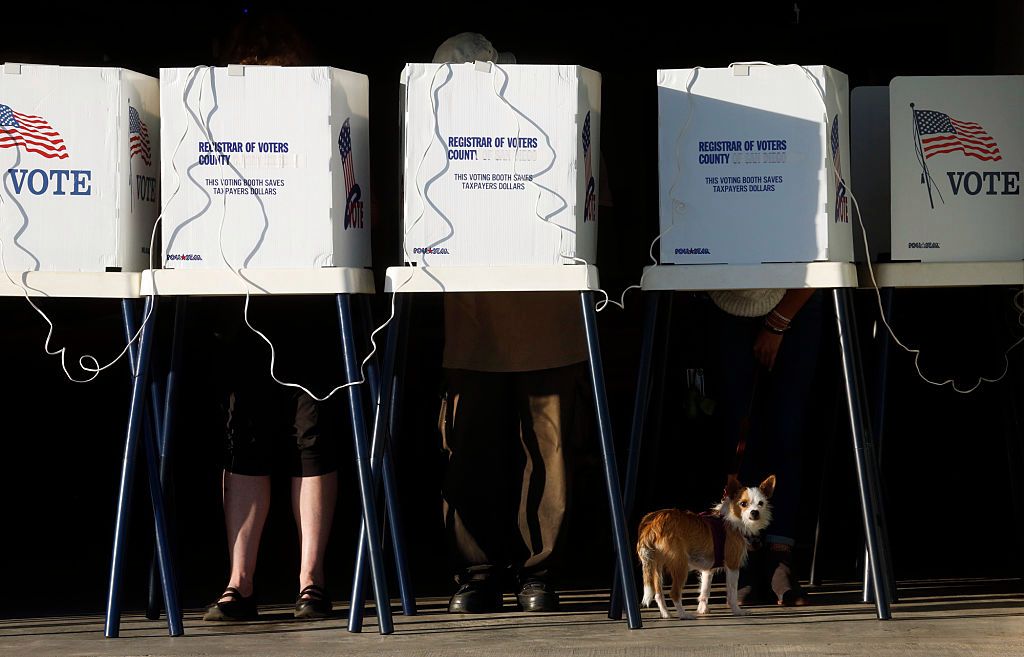 Colorado has joined 11 other states and the District of Columbia in pushing legislation that will require their electoral votes to be assigned to whichever presidential candidate wins the nationwide popular vote.

On Friday, Colorado Gov. Jared Polis (D) signed the popular vote bill into law. However, the law will only take effect if enough states adopt it. Collectively, states representing at least 270 Electoral College votes — the amount required to win the presidency — need to sign on to the legislation; the states that have adopted the bill so far represent 181.

In addition to D.C., this includes California, Connecticut, Hawaii, Massachusetts, Maryland, New Jersey, New York, Rhode Island, Vermont, and Washington. If New Mexico were to join — the state senate approved the legislation on March 14 — it would bring the total electoral votes represented to 186.

Given Republican-led states haven’t shown support for the initiative, its success is far from guaranteed.

The push for the popular vote legislation, however, is significant in the lead-up to the 2020 presidential election. During the 2016 election, for instance, Hillary Clinton received more votes (2.9 million representing a 2.1 percent margin) than any other losing presidential candidate in U.S. history.

Even President Donald Trump has made statements in favor of the popular vote. In 2012, prior to becoming president and when he though Barack Obama might lose the popular vote but still win reelection, Trump called the Electoral College a “disaster for democracy.”

And even after he won the presidency in 2016 he touted the popular vote, saying “I would rather see it where you went with simple votes … There’s a reason for doing this, because it brings all the states into play.”

According to the Constitution, states can choose how they allocate their Electoral College votes during national elections. The majority award their electoral votes to the presidential candidate that wins the most votes in their states, in what’s known as “winner-takes-all.” Just two states — Maine and Nebraska — split their votes.

One challenge though is that because electoral votes reflect a state’s representation within the House and Senate, some have larger Electoral Colleges than others. This leads presidential candidates to focus on the few key battleground states where voters are narrowly split between Republican and Democrat. In turn, most other states are ignored.

While winning the popular vote isn’t required to win the presidency, many view it as a means to bolstering their public platform. But it is precisely because just a handful of states determine the winner that some experts have called for change.

And the issue is only going to be exacerbated going forward; half the U.S. population lives in just nine states.

“This is a new American demographic, which shows that the electoral system of the 18th century doesn’t work anymore,” Reed Hundt, chairman and co-founder of Making Every Vote Count, told the Washington Post. “No one at the time the Constitution was written thought that 80 percent of the population would be irrelevant.”

In 2017, the New York Times editorial board made the case for the president to be chosen according to the popular vote.

Focusing on battleground states “may be smart campaigning, but it’s terrible for the rest of the country, which is rendered effectively invisible, distorting our politics, our policy debates and even the distribution of federal funds,” the editorial argued.

“Candidates focus their platforms on the concerns of battleground states, and presidents who want to stay in office make sure to lavish attention, and money, on the same places,” the Times continued. “The emphasis on a small number of states also increases the risk to our national security, by creating an easy target for hackers who want to influence the outcome of an election. Perhaps most important, voters outside of swing states know their votes are devalued, if not worthless, and they behave accordingly.”