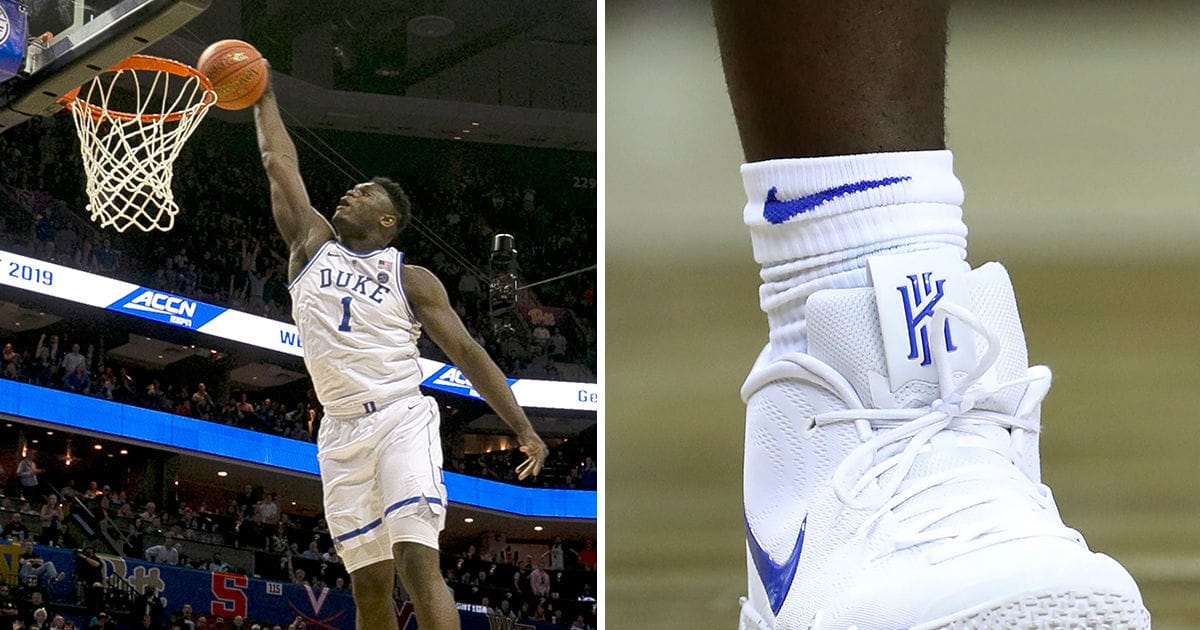 Zion Williamson made his much-anticipated return to the court on Thursday … and when people weren’t busy watching his rim-shaking dunks, their eyes were glued to his shoes.

The Duke superstar hit the court against Syracuse for the ACC Tournament after missing the past month with a knee sprain … when his Paul George sneaker infamously blew up on him.

Z-Dub ditched the Thunder star’s kicks for Kyrie 4s in the return — he has to stick with the Swoosh with Duke being a Nike school — and the replacements seemed to work just fine.

Well … great, actually. Zion went on to shoot 13 for 13 from the field, with 29 points, 14 rebounds and 5 steals. He looked like a freak of nature who won’t let a pair of sneakers get in his way.

Of course, there were a bunch of people like Scottie Pippen saying Zion should just sit out the rest of the season … and uh, we’re glad he isn’t listening.

Although … Zion didn’t go *completely* without any scary moments … ‘Cuse star Frank Howard appeared to try to trip him in the first half of the game.

Duke ended up winning the game, 84-72 … and Zion escaped unscathed.