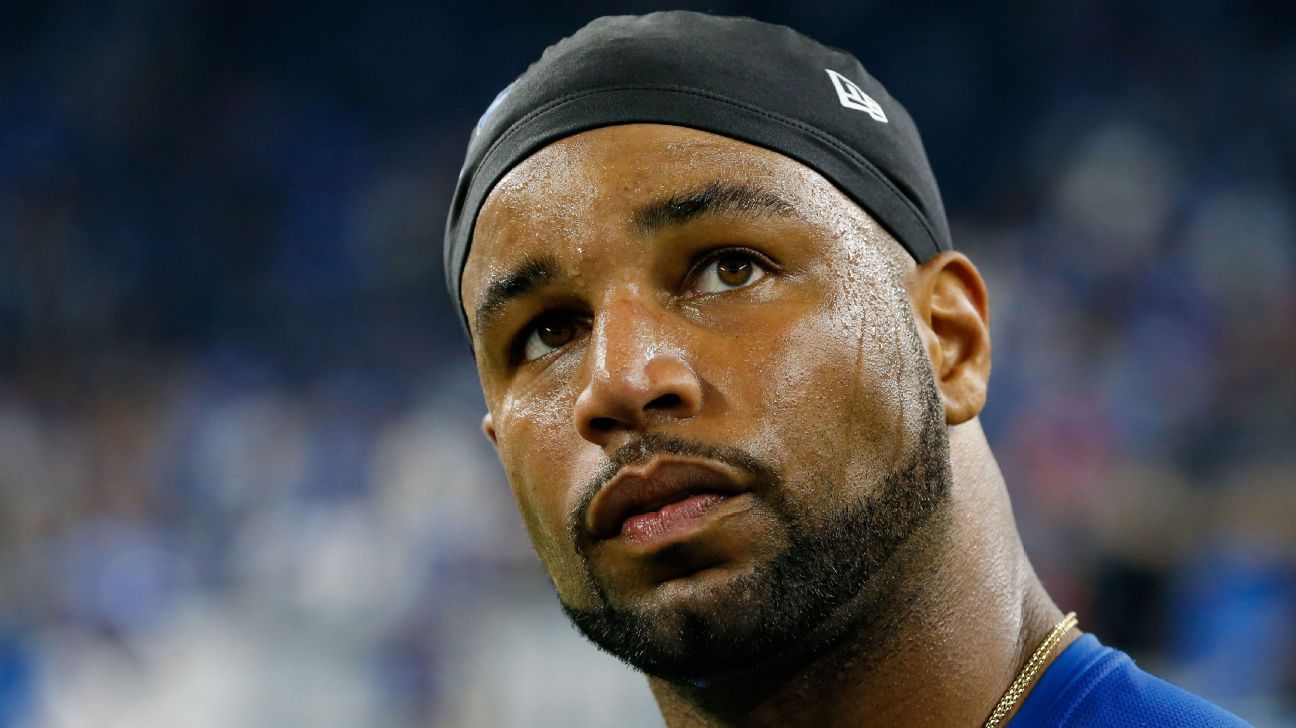 EAST RUTHERFORD, N.J. — Newly signed wide receiver Golden Tate isn’t looking at the New York Giants as a complete rebuild. He views the situation differently, even if Odell Beckham Jr., Landon Collins and Olivier Vernon are no longer with the team after recent moves.

Tate said Friday after signing a lucrative new contract with the Giants that they were “not as far off as people think.” Part of that is a belief that there are good players on the roster.

The Giants have sent mixed signals in recent days with their actions and words. They traded Beckham and Vernon to the Browns and allowed Collins to leave via free agency. Collins signed a record deal for a safety with the Washington Redskins.

General manager Dave Gettleman said in a statement to announce the trades that the Giants weren’t tearing it down with their eyes completely on the future.

“You can win while you build a roster,” Gettleman said. “We do have a plan, and this is a part of it.”

The Giants agreed to a deal with Tate some 24 hours later. It’s for four years and $37.5 million with $23 million guaranteed.

New York will be Tate’s fourth stop. He started his career in Seattle, before signing as a free agent in Detroit before the 2014 season. He then was traded to the Philadelphia Eagles midway through last season.

The seasoned veteran, who said he grew up a Giants fan and admired their history, isn’t exactly a young building block. He turns 31 years old this summer.

Tate joins a Giants team that went 5-11 last season in Pat Shurmur’s first year as the head coach. They have won just eight games the past two seasons combined. Only the Cleveland Browns have won fewer games over that same timespan.

It’s not stopping Tate from thinking they can do some immediate damage.

“I really believe that you can win games while you build,” Tate said. “And we have a great division that is set up for us to do some great things in. Just really kind of excited to play. I think we have some very important key, good pieces in this locker room that I’m anxious to learn more about. It starts with, we have a really good quarterback, I believe. We have a really good running back and ample other really, really good players. We just need to build that camaraderie and play as a team, day in and day out, week in and week out, play by play.

“I just believe if we can get this team to be on the same page all the time, we’re going to win games, and we’re going to build as we go. I feel every team in the NFL is building to an extent.”