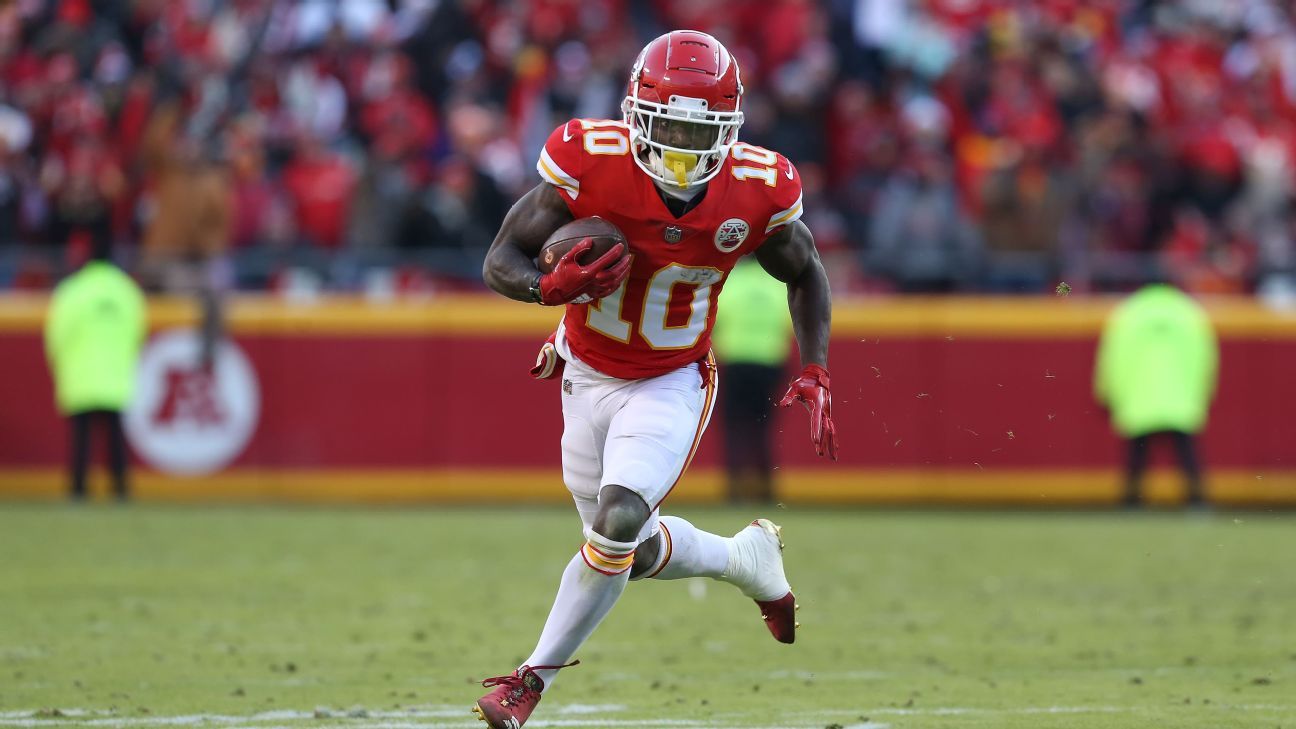 In a statement to the Kansas City Star, the Chiefs acknowledged an investigation into Hill is taking place.

“The club is aware of the investigation involving Tyreek Hill,” the Chiefs told the Star. “We’re in the process of gathering information and have been in contact with the league and local authorities. We’ll have no further comment at this time.”

According to a police report from the Overland Park Police Department obtained by the Star, an alleged battery took place in which a juvenile was a victim and Hill’s fiancée is listed as “others involved.” It wasn’t immediately clear what Hill’s involvement in the alleged incident was or when it took place.

Hill, 25, has not been charged, according to the Star.

While at Oklahoma State, Hill was convicted of domestic assault for an incident in which he was accused of punching and choking his girlfriend. He was given three years of probation and ordered to undergo anger management classes.

He completed probation in 2018 and his conviction was dismissed.