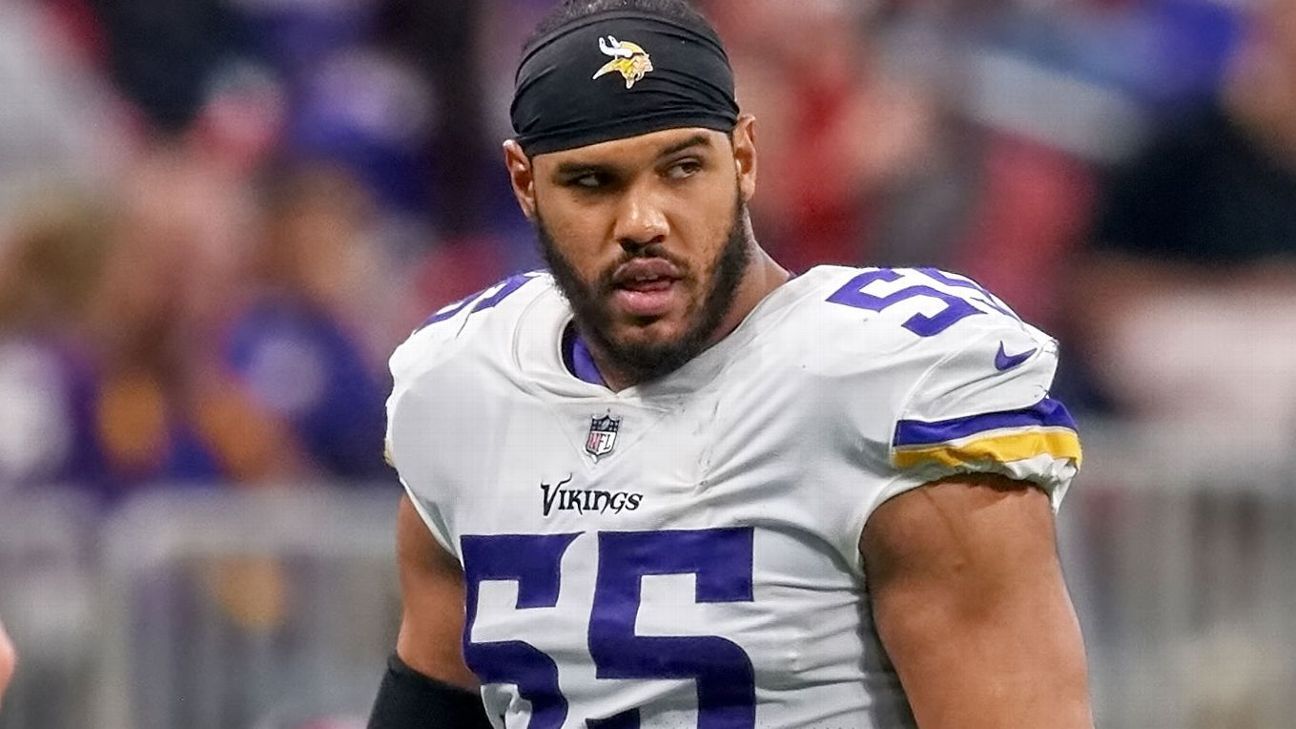 EAGAN, Minn. — Anthony Barr wrestled with the agony on his mind. As the late-night hours turned into early morning, the four-time Pro Bowl linebacker struggled with the magnitude of a decision he had made. It was a weight that he said bogged him down “instantly” with regret.

On Monday evening, news broke that Barr had given a verbal agreement to join the New York Jets as a free agent via his agent, Brian Murphy. Barr wanted to take the night to mill over his decision before making it official, but he spent most of the night staring at his ceiling on two hours’ sleep while listening to the internal voice begging him to reconsider.

“I thought Monday was going to be a fun day, but Monday was one of the worst days of my life, really, trying to figure everything out,” Barr said. “I was on the phone all day with my agent, my mom, just going back and forth calling friends, teammates, it was a crazy day, and I just followed my heart. I did what I wanted to do at the end of the day, and I’m happy with it. I feel so much better than I did 48 or 72 hours ago.”

After reneging on his agreement to join the Jets, Barr’s crazy start to free agency returned to the place where his career started.

Barr, 26, signed a five-year, $67.5 million contract with $33 million in guarantees after the Minnesota Vikings swooped in at the 11th hour to do some expedited negotiations to re-sign their star linebacker.

“I called my mom first,” Barr said. “I’m like, ‘I think I made a mistake.’ And she was like, ‘Well, you’ve got to fix it,’ and I was like, ‘All right,’ so I called my agent and he has to fix it. He has to deal with all the messy stuff. I just sit behind the scenes, which is cool for me. But it was like instant. I was trying to convince myself of something I knew that in my heart didn’t feel right, and I think if you follow the heart, I can live with the results.”

Despite initially committing to play in the Jets 3-4 defense, Barr never took a free agent visit to New York. When he heard that it wasn’t too late to turn around and begin laying the groundwork for the next phase of his career in Minnesota, the linebacker was elated.

“I was super excited, but I didn’t know if it was still a possibility,” he said. “So there was kind of some confusion on my part. I don’t know. I was crying, laughing, sweating, the whole day was just crazy full of emotions, but in the end it just came down to where I wanted to be and who I wanted to be with, and these are my guys.”

While players like Le’Veon Bell fought tooth and nail to get to free agency, putting themselves in a position to earn a big pay day, Barr ran in the opposite direction. Barr took far less than the estimated $15-16 million he could have made with the Jets to stay in Minnesota, but a money grab wasn’t everything for him.

“Money’s cool, but it comes and goes, and it’s not going to make me happy,” he said. “I have money, and I’m happy with that. I was happy without money, so it’s just the people you surround yourself with, the environment that you’re in. It plays a big part. I’m a big family guy. I love my family, these are my extended family, so I want to keep going with these guys.”

Barr was the first player Mike Zimmer drafted upon becoming the head coach of the Vikings in 2014. The No. 9 overall pick that year, Barr is a key cog in what the Vikings do defensively, playing a critical role as an off-ball linebacker who can rush the passer like a defensive end and hold his own covering the back end of the defense.

His new deal in Minnesota included $12 million in sack escalators that kick in from 2020-23. Given his strengths off the edge, built like a defensive end at 6-foot-5, 255 pounds, Barr has often said that he feels he’s better going forward (rushing the passer) than going backwards (dropping back into coverage).

While Zimmer didn’t specify what Barr’s role would be going forward, he noted the effect the strongside linebacker has against every team the Vikings face and how utilizing the full breadth of his skillset is a top priority.

“Anthony is a guy that every team we play game plans for,” Zimmer said. “There’s not one team — maybe one team last year didn’t and we got 10 sacks — so, if they all game plan for him, a lot of that is him sacrificing himself to be able to let other guys be free on rushes and blitzes and things like that. That’s why he’s such an unselfish guy. We understand no team we ever play is going to say, ‘Oh, we’re not going to worry about Anthony Barr.’ That’s part of it. Sometimes we do it anyway and that’s part of it. But we’re always going to try to scheme the best way we can to win the game on Sunday.”