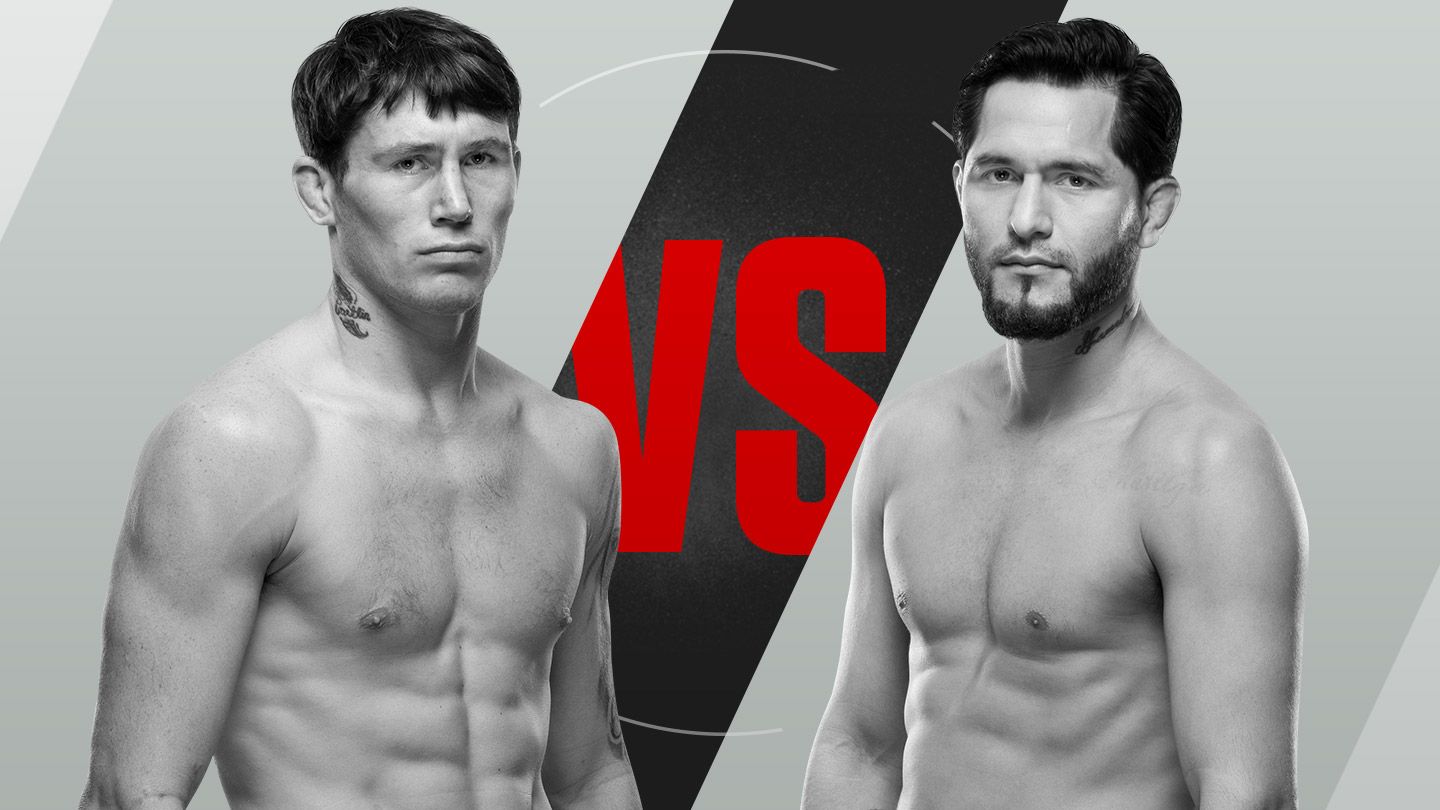 The UFC hits London’s O2 Arena this weekend, with a welterweight main event between England’s Darren Till and Jorge Masvidal.

Till, 26, is looking to reassert himself as a future star after suffering the first loss of his career to Tyron Woodley in September. Masvidal, 34, is looking to take a shortcut back to title contention after dropping his last two fights.

Here’s everything you need to know about Saturday’s marquee attraction, courtesy of ESPN’s Cheat Sheet.

To be fair, Darren Till did always say his day would come. He acknowledged, for years, he would not retire with an unbeaten record. At some point, he would lose.

That day came in September when Till suffered his first defeat at the hands of then-champion Tyron Woodley. And although the loss was heartbreaking, the fact Till had already made peace with the idea of losing — before it actually happened — may have helped him to move forward.

“[I’m] not invincible, but I already knew that before the fight,” Till told ESPN. “I knew one day my loss would come. I always said it openly on camera. I’m not ashamed or afraid to admit that someday I would lose. I’ll possibly lose again. I may lose on Saturday. I’m not scared to say that.

“I feel like, when you can do that, it shows a new type of strength.”

It’s a healthy way of viewing defeat — but at the same time, there is no question Till badly needs to win this fight.

Till, 26, was championed as a future star going into last year’s title opportunity against Woodley, and he fell well short of expectations. He lost via submission in the second round, and failed to land a single strike according to UFC Stats.

His “rebound” fight on Saturday is no rebound at all. Jorge Masvidal has been fighting professionally since 2003, and throwing down in organized backyard brawls before that. He is an unflappable veteran with nearly 50 pro fights, who will not be intimidated by Till’s size, hype or English crowd.

“He’s big, he hits hard, he’s a young boy,’ said Masvidal of Till. “He’s a gamer. He puts himself in harm’s way to cause harm. He’s got one loss and it was to the champ. There’s no shame in that. I can’t wait to get in there. I was asking for the toughest fights and my management always comes through.

“I’m a natural born fighter. You throw a shark or fish into water, it’s gonna swim. I’m gonna fight. It doesn’t matter — at this age or younger — I just fight.”

Till’s path to stardom veered slightly off course in his last bout. Saturday offers an opportunity to get it back on course, but he will certainly have to earn it.

It’s hard to imagine anything surprising Masvidal at this point in his career. It feels safe to assume he’s seen and felt it all inside the cage.

But then, we probably would have said the same about Donald Cerrone before he fought Till — and that wasn’t the case.

Cerrone was clearly caught off-guard by Till’s size and power when they fought in October 2017. And while Masvidal might have a better idea of what he’s in for than Cerrone did, it will be interesting to see how he responds to Till’s power. Because make no mistake, Till is a legitimate middleweight in terms of size.

This fight seems unlikely to go to the floor. Neither fighter has scored a takedown in nearly two years. If either is more apt to attempt one, it’s probably Masvidal — but my guess is he’d do so only to give Till a different look. Something to think about. Wrestling will not be the difference in this matchup, let’s put it that way.

Masvidal is a very crisp counter striker, and he’s as calm as ever in a brawl. As crazy as it may sound, because he’s the smaller man with less power, a brawl may favor Masvidal here. What would not favor him, is backing up and staying on the end of Till’s left hand. Masvidal is best when he is the one moving forward, and baiting his opponent to throw something he can counter.

Prediction: Till via TKO, third round.