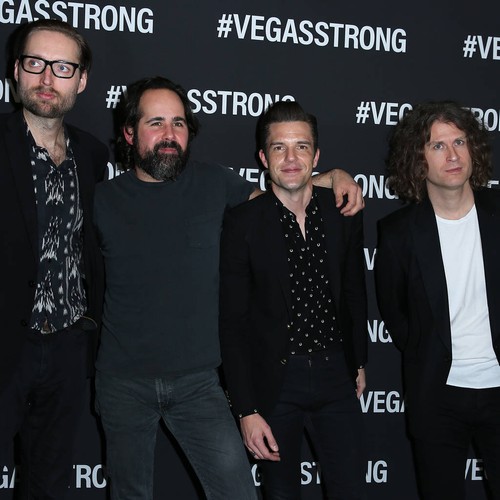 The Killers and The Cure have been confirmed as the final headliners for the 2019 Glastonbury Festival.

The Mr. Brightside rockers, led by Brandon Flowers, will headline the fabled Pyramid Stage on the Saturday night of the festival, their first time topping the bill since 2007, while The Cure, who will close the music extravaganza on the Sunday night, return to the main stage for the first time since 1995. It will mark their fourth Glastonbury headlining set in total, meaning they tie with Coldplay as the festival’s most-frequent headliners.

The Killers shared a poster announcing the news, and tweeted, “Well folks, there ya have it. It’s true. Be with us.”

They joined previously announced headliner Stormzy, who will head up the main stage on the Friday night, and Kylie Minogue, who was confirmed for the Sunday Legends slot in December.

Glastonbury organisers unveiled the first line-up poster on Friday morning (15Mar19), confirming reports that Janet Jackson would be making her debut at the event, although it is still unclear which stage she will be performing on.

Although the three Pyramid Stage headliners are all male, 42 per cent of the currently-announced line-up is female, and organiser Emily Eavis recently said she was working on getting it to 50/50.

“The gender balance is something I consider at every stage of the booking process,” she said, according to BBC News. “We’re a little way off being 50/50 across the whole festival, but in 2017 the Park Stage was 50/50 and that will be the case on other stages this year. We’re definitely moving in the right direction.”

Eavis recently revealed that U.K. electronic act The Prodigy had been booked for the 2019 festival, but the group cancelled all tour dates following the shock death of forntman Keith Flint earlier this month.

The 2019 festival takes place at Worthy Farm in Somerset, England between 26 to 30 June.