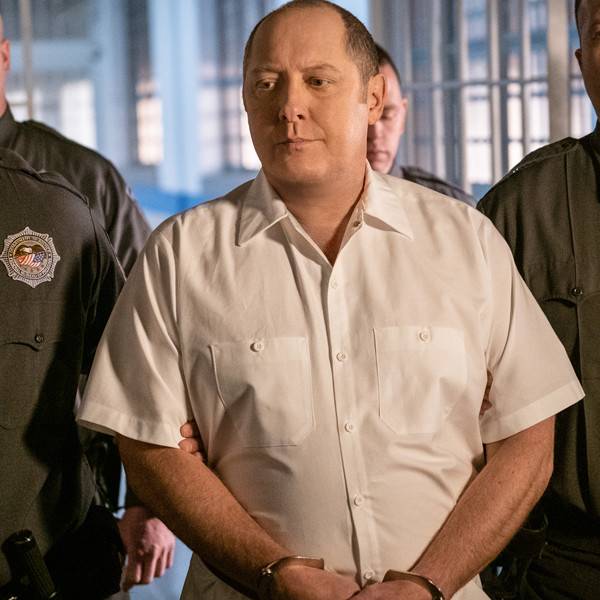 Is it the end of the line for Raymond Reddington on The Blacklist?

In the above exclusive sneak peek from the Friday, March 15 episode titled “Bastien Moreau,” Red (James Spader) is, well, on the chopping block. It’s execution time, but Red seems unfazed. He has his last meal picked out: cabbage soup and dressed herring.

“My mother loved cabbage soup and dressed herring,” he says.

As for his remains? He wants them placed in opium pipes. “The users won’t mind and on the off-chance there is an afterlife I’d like to be high in it,” he says.

Things really aren’t looking good for him, despite Liz (Megan Boone) and the Task Force doing their best to discover the truth about an international assassin that would save him.

“James [Spader] has always said that Reddington is a man who lives his life knowing that he could die at any moment — each day may be his last — and I think that’s part of what gives him such a wild, upbeat, lust for life,” executive producer Jon Bokenkamp told E! News. “In this episode, however, we test that theory in ways we haven’t before. The result is some of the most emotional storytelling we’ve put on screen. I’m very excited about not only tonight’s episode, but the run of really personal and emotional stories we’re going to be unpacking in the coming weeks”.

The Blacklist, which has already been renewed for a season seven, airs Fridays, 9 p.m. on NBC.