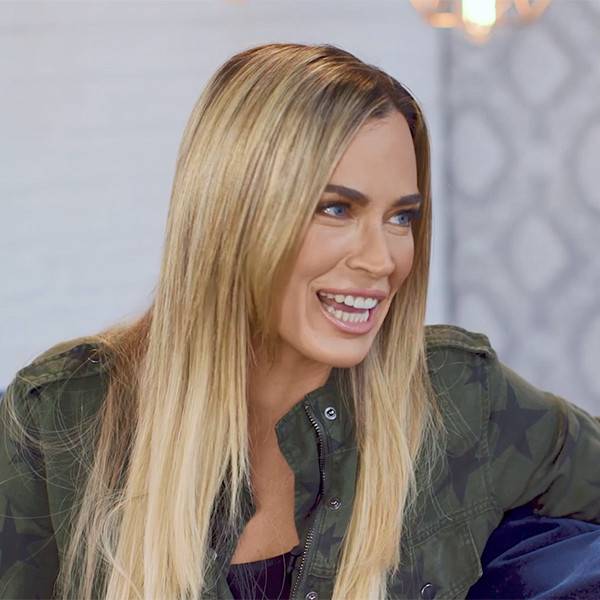 Parenting one kid is already full-time job. So how about three?

“Let’s talk about mom life!” exclaims host Carissa Culiner—who audiences probably recognize from E!’s Daily Pop—at the start of Mom2Mom‘s second episode. Last week, Carissa sat down with Jana Kramer to trade anecdotes about what it’s like to take care of a baby boy for the first time. This week, she’s hanging out with Real Housewives of Beverly Hills star Teddi Mellencamp, who’s also an accountability coach and mother of three.

On the topic of “mom life,” Carissa notes that Teddi is the first stepmother to appear on Mom2om and wonders if her guest was nervous to fill that role for her and Edwin Arroyave‘s oldest, 10-year-old Isabella. “Is there any kind of cautions you have to take?” she asks. But the horseback riding champ tells her it’s simple:

The TV personality goes on to explain that she tries to practice down-to-earth parenting pretty much across the board. “Are you trying to raise your kids differently than you thought you would before you were going to be on the show?” Carissa asks her. And even though Teddi says she and Edwin do make a concerted effort to teach their kids the value of hard work, she admits her 6-year-old daughter Slate (who has appeared on the RHOBH) still tells her friends that “sometimes during the year [she’s] famous.”

Hear more of the ladies’ conversation—and check out their truly impressive multitasking capabilities during the “Keeping Up With Teddi” segment—in the video above!

Carissa’s Mom2Mom series returns to YouTube next Friday with another Hollywood mom!