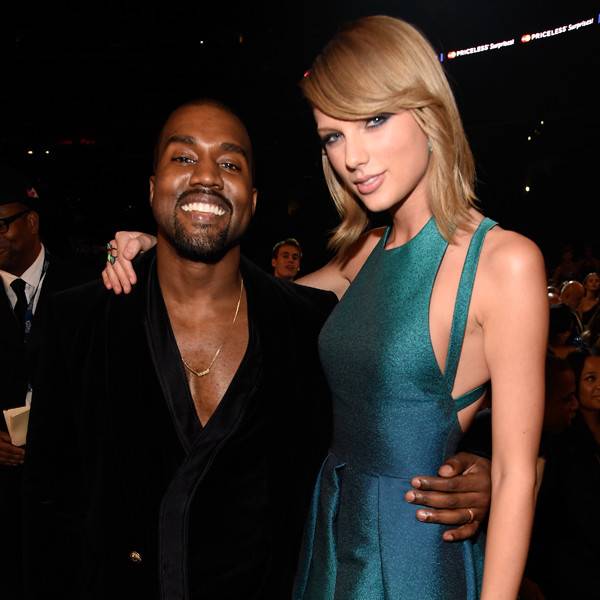 Days ago, a social media user voiced their opinion on the rapper’s controversial video, released in 2016, which features Swift’s naked likeness in bed alongside West, Kim Kardashian, Chris Brown, Donald Trump and Bill Cosby, as well as a number of other public figures.

The user’s post about the music video has since received over 1,700 retweets.

After seeing the tweet, one Instagram user posted a screenshot to their page, getting the attention of Swift. 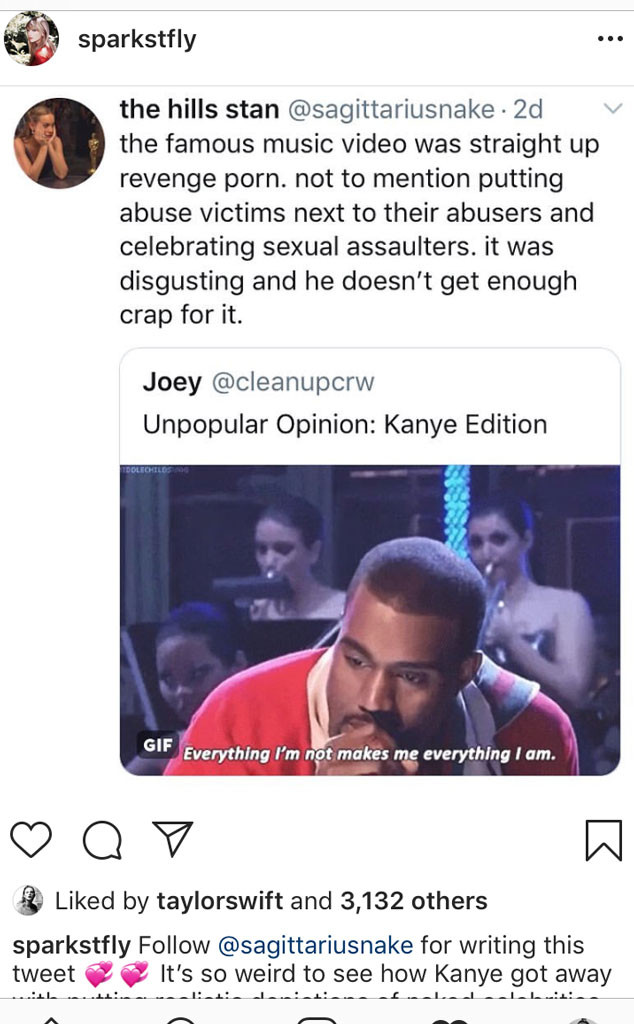 “It’s so weird to see how Kanye got away with putting realistic depictions of naked celebrities in his video,” the caption on the Instagram post states. “I was reading comments the other day and people said they didn’t like Taylor because she ‘uses songs to humiliate her ex boyfriends,’ we know that’s not true but isn’t it strange that they don’t apply that same logic to a man putting a naked woman in his music video that’s been viewed millions of times because he just doesn’t like her.”

For those who may not know, “Famous” is the song that reignited Swift’s feud with West over the track’s lyrics.

Earlier this month, Swift opened up about friendships and much more in a deeply personal letter for Elle entitled, “30 Things I Learned Before Turning 30.”

In the letter, T.Swift appeared to address her feud with the Wests, writing, “A few years ago, someone started an online hate campaign by calling me a snake on the internet. The fact that so many people jumped on board with it led me to feeling lower than I’ve ever felt in my life, but I can’t tell you how hard I had to keep from laughing every time my 63-foot inflatable cobra named Karyn appeared onstage in front of 60,000 screaming fans.”

Swift continued, “It’s the Stadium Tour equivalent of responding to a troll’s hateful Instagram comment with ‘lol.’ It would be nice if we could get an apology from people who bully us, but maybe all I’ll ever get is the satisfaction of knowing I could survive it, and thrive in spite of it.”