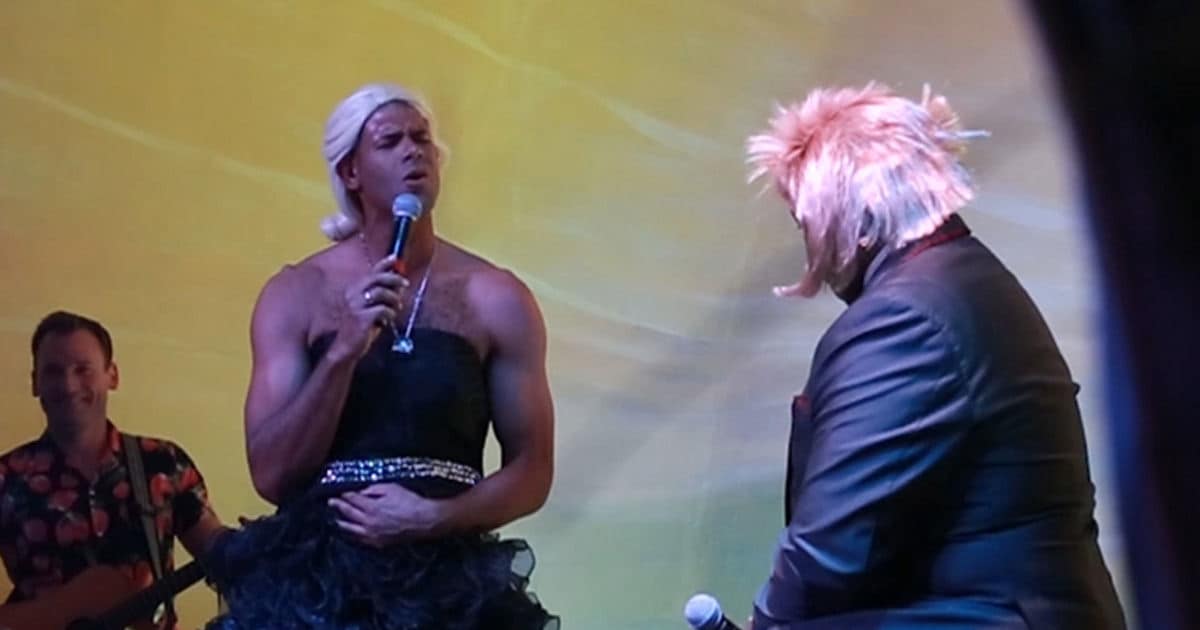 Shane Battier is off the deeeeeeeep end … and it’s beautiful as hell.

The 2-time NBA champ hit the stage to put on his best rendition of Lady Gaga and Bradley Cooper‘s “Shallow” at his charity karaoke event on Thursday … and this guy pulled out all the stops.

Look … singing the ballad in front of ANYONE requires some guts. But, to do it in front of a huge crowd while wearing a dress AND a wig puts the whole thing over the top.

Miami Heat TV host Jason Jackson played the role of Cooper … and he even put on a wig as well!!

It was all part of the 7th Annual Battioke Event in Miami … which raises money for college scholarships.

Battier clearly stole the show … but there were other great performances from Kelly Olynyk, who sang some classic One Direction … and Pierre Garcon, who pulled off “Let Me Love You” by Mario.

The championship belt ended up going to Heat GM Andy Elisburg, who sang “Soul Man” by the Blues Brothers.

Props to all involved … and if there’s ever “A Star is Born 2,” we know who to call.