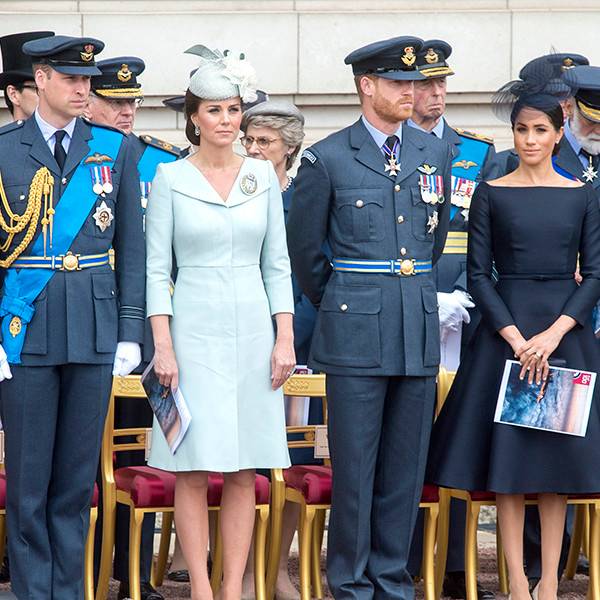 The U.K.’s royal family members are keeping the victims of the New Zealand mosque shootings and their families in their thoughts.

Prince William and Kate Middleton, and Prince Harry and Meghan Markle, issued a joint statement following Thursday’s attacks, which killed 49 people and wounded at least 20 in two mosques in the city of Christchurch. A male suspected has been charged with murder in connection to the shootings. Just before the attacks, an account believed to be used by the gunman posted a link to a white nationalist manifesto on Twitter and 8chan.

“Our hearts go out to the families and friends of the people who lost their lives in the devastating attack in Christchurch,” read the statement, issued by Kensington Palace. “We have all been fortunate to spend time in Christchurch and have felt the warm, open-hearted and generous spirit that is core to its remarkable people. No person should ever have to fear attending a sacred place of worship.”

“This senseless attack is an affront to the people of Christchurch and New Zealand, and the broader Muslim community,” the statement continued. “It is a horrifying assault on a way of life that embodies decency, community, and friendship. We know that from this devastation and deep mourning, the people of New Zealand will unite to show that such evil can never defeat compassion and tolerance. We send our thoughts and prayers to everyone in New Zealand today. Kia Kaha. — The Duke and Duchess of Cambridge and The Duke and Duchess of Sussex.”

The royal family has been to New Zealand several times. Kate and William had visited Christchurch during a royal tour of Australia and New Zealand in 2014. The Duke of Cambridge also visited the city during solo trips to the region in 2011, before his and Kate’s royal wedding, and in 2005.

Harry visited Christchurch in 2015. He and Meghan did not stop there during their trip to New Zealand this past fall, during their first joint royal tour.

New Zealand is part of the Commonwealth, an alliance of 53 member states that are mostly former territories of the British Empire. Queen Elizabeth II has led the Commonwealth for 66 years and last fall, named her son Prince Charles, William and Harry’s father, as her successor.

The queen also issued a separate statement about the New Zealand mosque shootings via the Instagram of the Royal Family.

“I have been deeply saddened by the appalling events in Christchurch today,” she said. “Prince Philip and I send our condolences to the families and friends of those who have lost their lives. I also pay tribute to the emergency services and volunteers who are providing support to those who have been injured. At this tragic time, my thoughts and prayers are with all New Zealanders. ELIZABETH R.”

Charles and his wife Camilla, Duchess of Cornwall, also expressed their condolences.

“Both my wife and I were utterly horrified to hear of the most barbaric attacks on two mosques in Christchurch, which resulted in the cruel and tragic loss of so many people’s lives,” Charles said in a statement provided by Clarence House. “It is beyond all belief that so many should have been killed and injured at their place of worship and our most special and heartfelt sympathy goes out to all the families and loved ones of those who have lost their lives.”

“This appalling atrocity is an assault on all of us who cherish religious freedom, tolerance, compassion and community,” the statement continued. “I know that the people of New Zealand will never allow hate and division to triumph over these things they hold dear. Our thoughts and prayers are with the victims’ families, the first responders, the people of Christchurch and all New Zealanders at this most heartbreaking of times.”