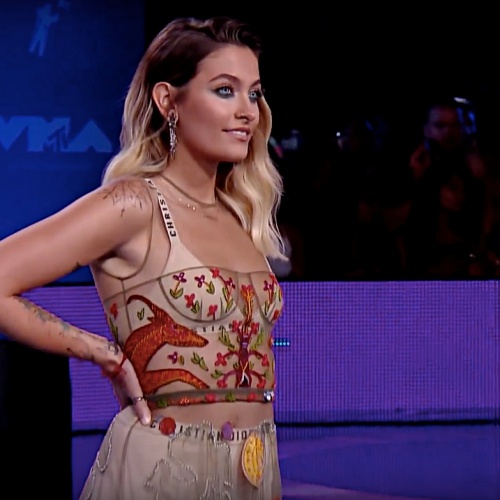 Paris Jackson has nothing new to say to defend her father Michael Jackson because her cousin Taj Jackson has been doing “a perfect job on his own”.

The late King of Pop was accused by James Safechuck and Wade Robson of abusing them when they were children in recent documentary Leaving Neverland. Members of his family have since spoken out to defend him, most frequently Taj, the son of Michael’s brother Tito.

Paris has made no official statements in her dad’s defence, but recently told her Twitter followers he had a “good heart” and the allegations would not ruin his reputation.

On Wednesday night (13Mar19), she went on a Twitter rant about the headlines she had seen after paparazzi photos recently emerged of her smoking, drinking and arguing with her boyfriend Gabriel Glenn in New Orleans, and one user suggested the media was trying to provoke her because she hadn’t really spoken about the documentary.

“There’s nothing i can say that hasn’t already been said in regards to defense,” Paris replied. “Taj is doing a perfect job on his own. and i support him. but that’s not my role. i’m just tryna get everyone to chill out and go with the flow, be mellow and think about the bigger picture. that’s me.”

The 20-year-old took issue with headlines which suggested she was “spiralling out of control” and told one user that she didn’t have the same amount of patience as her dad did.

“I have the same moral compass as my father, but not the level of patience,” she tweeted. “I’ll fight for love n peace in the same way, but i am more aggressively driven. i don’t sit by idly when i see injustices happen, especially when they’re directed towards me or my family. f**k that noise.”

She denied having an argument with Gabriel, saying they were re-enacting a Saturday Night Live sketch, before blasting the media for spreading lies.

“I smoke weed on my story ONE time and all of a sudden i’m a junkie meth alcoholic party raver that’s also secretly married and pregnant and may or may not have a penis,” she continued. “This s**t p**ses me off…. Down for freedom of speech, totally game for respect of all opinions, i’m bout it BUT lying ? especially on a mass scale ? bruh where. is. your. honor (sic)???????”

Elsewhere on Wednesday, Paris’ aunt LaToya Jackson showed support for her brother Michael, who died in 2009, by hitting the red carpet at the Forever: The Best Show About The King of Pop tribute show in Mexico City.