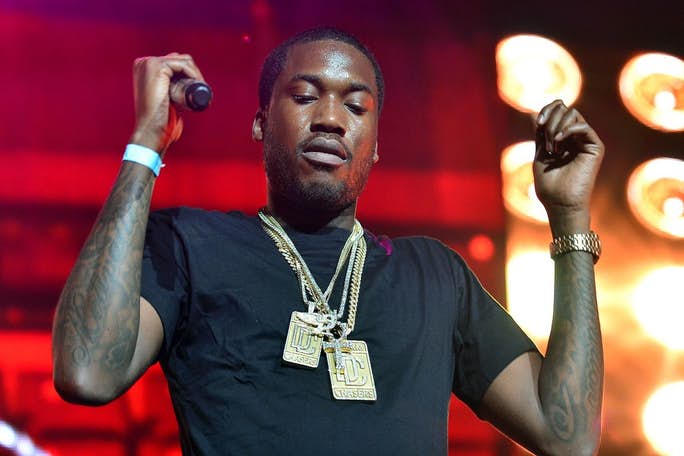 (AllHipHop News) Rapper Meek Mill has been given another reason to smile after landing his own holiday weekend across his home state of Pennsylvania.

Meek, real name Robert Rihmeek Williams, recently scored his own day in Houston, Texas, and now officials in Pennsylvania have also decided to recognize the star for his contributions to the arts and his criminal justice reform advocacy with a special three-day weekend.

Meek was invited to City Hall in Philadelphia on Thursday, when City Council President Darrell L. Clarke teamed up with Pennsylvania State Senator Sharif Street to present him with an official proclamation.

The hip-hop star was joined by his young son, Rihmeek ‘Papi’ Williams, as he accepted the double salute, almost a year after his release from jail, having served five months behind bars for a probation violation related to a 2008 drug and guns bust.

During the ceremony, Meek explained he decided to step up and help others in similar situations to pave the way for future generations.

“I think we deserve better. I’m trying to fight for young kids that I’ve spent time with and sat in prison with,” the 31-year-old explained, according to Philly.com.

Since regaining his freedom, Meek has established the Reform Alliance, alongside Jay-Z and Philadelphia 76ers co-owner Michael Rubin, aimed at revamping what many believe to be key problems with the criminal justice system.

“Our foundation is focusing on probation and parole,” Meek told reporters outside City Hall. “That was the biggest obstacle that always stopped me in my life… You have kids that might make a mistake and get on probation. Smoke a joint and you might end up in the penitentiary for three years, getting raised by a felon.”

The city and state proclamation for Meek Mill Weekend coincides with the rapper’s hometown dates on his ongoing Motivation Tour, which will take place on Friday and Saturday night.