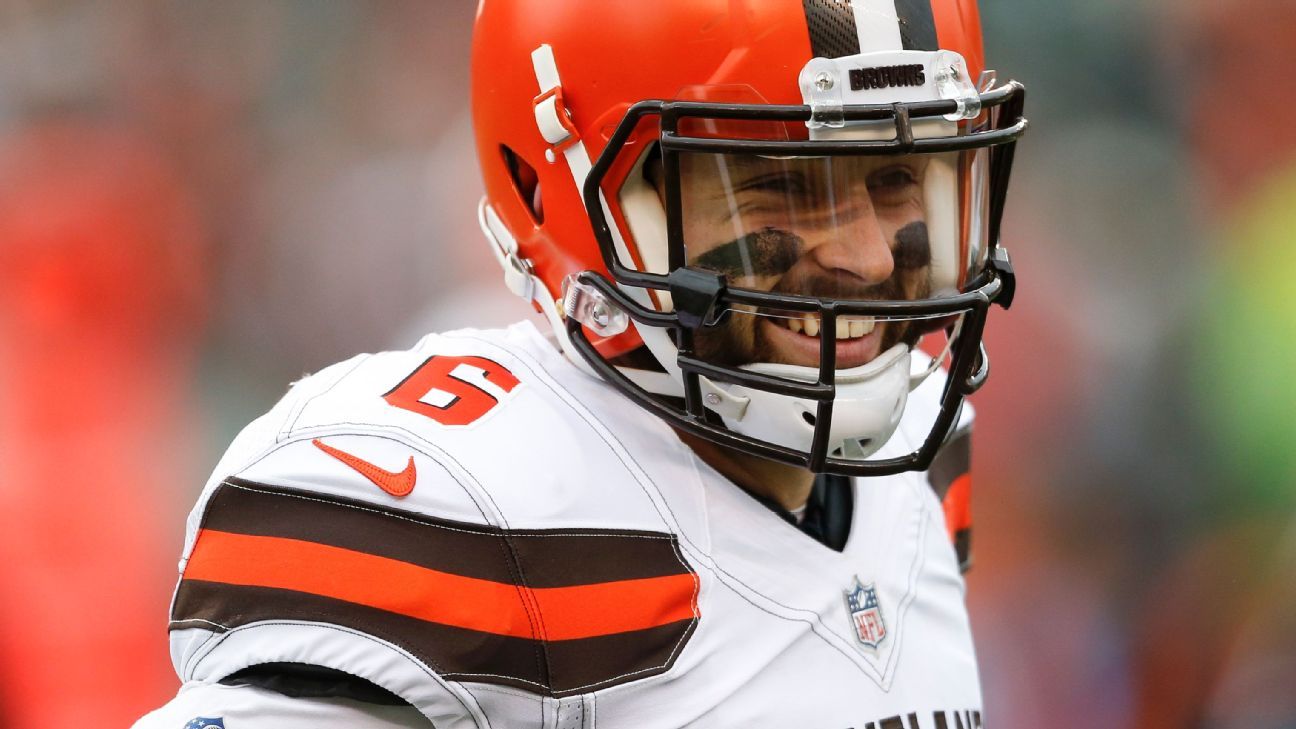 Baker Mayfield summed up his attitude about Odell Beckham Jr. joining Jarvis Landry in the Cleveland Browns offense this way: Let it rip.

“You could say the same thing about me; you don’t want to tame it,” the Browns quarterback told reporters in the Milwaukee Brewers locker room in Phoenix, Arizona.

“You just let them be themselves and make plays. That’s who they are and when it comes down to it, the guys in that locker room, you’re going to love playing with them.”

Mayfield was at the Brewers spring training camp because he is friends with outfielder Christian Yelich. His comments were the first since the Browns acquired Beckham and defensive end Olivier Vernon in separate trades with the Giants earlier in the week.

Mayfield’s attitude has been his mantra since he joined the Browns, and was part of the reason he set a rookie record with 27 touchdowns passes in 2017. His comments came in response to a question about Beckham and Landry being large personalities, and with them maybe he should just let it rip.

“I know from Saquon (Barkley) and Sterling Shepherd (of the Giants), who I’m very close with, I know exactly who OBJ is inside the locker room and who he is to his teammates,” Mayfield said. “That’s the most important thing. People can have their attitudes and perspective on it, but he’s himself and he also, he has his teammates’ back.”

Mayfield called the Browns’ potential exciting, and said the team’s offense will “be a thing where you pick your poison” given the talent available, which also includes running back Nick Chubb and will include Kareem Hunt after he serves his eight-game suspension.

“It’s an exciting time in Cleveland, absolutely,” Mayfield said. “The fans there, after having a decent year, nothing that we were too happy about (7-8-1), were unbelievably satisfied. But now, I can’t even imagine. “I haven’t been back yet, so it’s going to be really exciting to go back.”