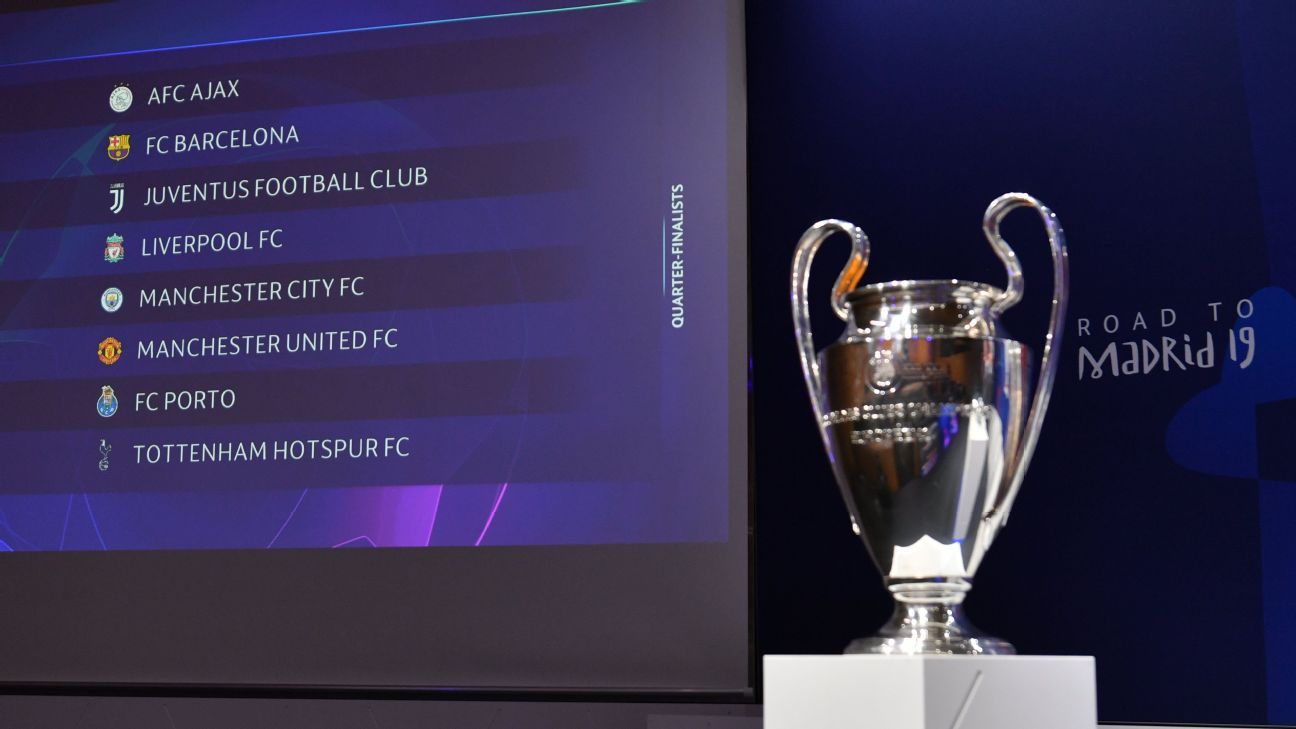 Ole Gunnar Solskjaer will return to the scene of one of his most famous nights after Manchester United were drawn against Barcelona in the quarterfinals of the Champions League.

Solskjaer’s 93rd-minute goal at Camp Nou in 1999 won the Champions League final for United, securing a 2-1 victory over Bayern Munich.

Twenty years on, he will be back in Barcelona for the second leg of the quarterfinal tie as Red Devils coach.

There is an all-Premier League clash between Tottenham Hotspur and Manchester City, who can still win four trophies this season, with the first leg being the second game Spurs will play at their new home on the footprint of the old White Hart Lane.

United, like City, were initially drawn away in the first leg, but their tie was reversed due to UEFA regulations which prevent two teams from the same city playing at home in the last eight.

Liverpool’s challenge for a Champions League and Premier League double sees them come up against Porto, with the first leg at Anfield.

Cristiano Ronaldo’s bid to win Juventus their first Champions League since 1996 sees him come up against Ajax, the conquerors of his old side Real Madrid. Juve will be at home in the second leg.

The semifinal draw throws up a possible tie between United and Liverpool, with Old Trafford hosting the second leg.

However, as with the quarterfinal draw, the legs for United’s tie would be switched if both Manchester clubs go through.

The winners of Spurs vs. Man City will host either Ajax or Juventus in the first leg of the other semi.

The first legs of Liverpool vs. Porto and Spurs vs. City will take place on Tuesday, April 9, with the second legs on Wednesday, April 17.

The first legs of Juventus vs. Ajax and Barcelona vs. United will be played on Wednesday April 10, with the second leg games on Tuesday April 16.

Tottenham or Man City vs. Ajax or Juventus
Man United or Barcelona vs. Liverpool or Porto

The winners of the semifinal between Tottenham or Man City/Ajax or Juventus will be classed as the home team in the final for operational purposes.