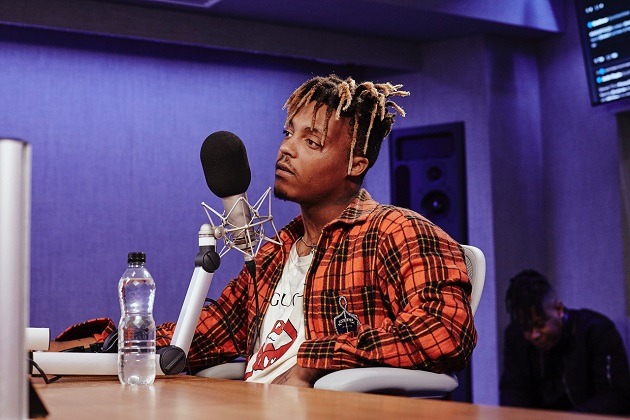 (AllHipHop News) Hip Hop is often called a “young person’s game.” While emcees like Jay-Z, Eminem, Kanye West, and Pusha T prove rappers can still leave a mark on the marketplace after 40, it’s hard for someone over 25 to break into the business as a recording artist.

At just 20 years old, Juice WRLD is one of the top new rap stars. The Chicago native’s debut studio album, Goodbye & Good Riddance, is certified platinum. His sophomore LP, Death Race for Love, is projected to debut at #1 on the album chart with 155,000 – 165,000 units.

The “Lucid Dreams” hitmaker was a recent guest on Apple Music’s Beats 1. Juice chatted with Rebecca Judd who was sitting in for Julie Adenuga. The conversation included him talking about aging in the rap genre. He said:

Some people are really talented but just never get that chance to show, you know? I feel like for the most part, getting into the music industry, especially rap, has kinda an age limit. Because sometimes age don’t matter. If there’s talent and the world loves it, they gonna rock with you regardless. But I feel like when you get over the age of maybe 23, 24, 25, and you haven’t gotten anywhere significant, that’s when you kinda gotta just not even give up, just start looking like, “Okay, if this doesn’t work out, I’m gonna have my Plan B ready.” I was gonna give myself ’til 23, 24, and then if I didn’t see any type of change at that age, I was still gonna do music, but I was gonna start taking some of the eggs out of that basket and putting it somewhere that I could stabilize myself financially to keep chasing my dream… If I’m not making any type of living off of it at that point, okay, maybe I should, I don’t know, go back to school or just look for a job in another area. Just something, you know? ‘Cause you gotta know when something is not for you. If it’s for you, it’s gonna happen.

“It’s crazy. Before I go out, I always catch the last of Nicki’s first little set. It’s just wild. I remember her performing ‘Monster’ and ‘I’m so proud of you,’ and it’s just like, ‘Wow,'” Juice told Judd.