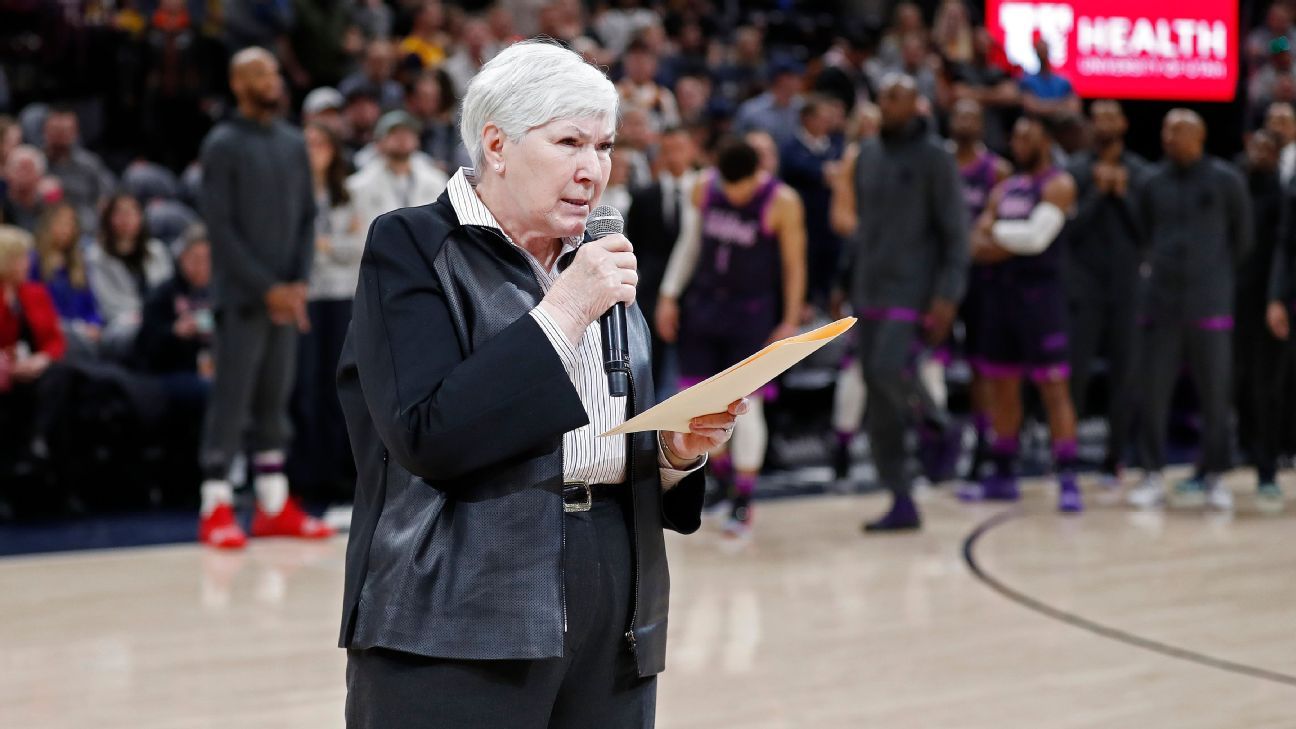 Utah Jazz owner Gail Miller addressed the crowd before Thursday’s game to underscore the team’s willingness to enforce the NBA’s Code of Conduct following Monday’s incident involving Russell Westbrook and a fan who crossed the line.

Miller spoke for about three-and-a-half minutes before the Jazz faced the Minnesota Timberwolves and asked fans to look out for potential repeats of the shouting match that led Utah to issue Shane Keisel a lifetime ban.

“I am extremely disappointed that one of our quote ‘fans’ conducted himself in such a way as to offend not only a guest in our arena, but also me personally, my family, our organization, the community, our players and you, as the best fans in the NBA,” Miller said.

“This should never happen,” she said. “We are not a racist community. We believe in treating people with courtesy and respect as human beings. From time to time, individual fans exhibit poor behavior and forget their manners and disrespect players on other teams. When that happens, I want you to jump up and shout ‘stop.’ We have a code of conduct in this arena. It will be strictly enforced.”

Video of Westbrook saying, “I’ll f— you up” to Keisel while standing near the end of the Thunder bench during the second quarter went viral after being posted on Twitter. Westbrook said after the game that it was an emotional reaction to Keisel telling him, “Get on your knees like you’re used to,” a comment Westbrook considered “completely disrespectful” and “racial.”

The Jazz permanently banned the fan from their games, while the NBA fined Westbrook $25,000.

“Other teams are not our enemies. They are our competition,” Miller said. “Competition is a good thing. It allows players to showcase their talents and it allows fans to encourage, appreciate, cheer for and enjoy those who share their talents with us.”

Earlier in the day, Miller sent an email to fans on the team’s mailing list with instructions to send a text message to the arena if they should see anyone violating the conduct code.

“We do not permit hate speech, racism, sexism or homophobia,” the email said. “We also do not allow disruptive behavior, including bullying, foul or abusive language, or obscene gestures. Violators may be subject to ejection and other penalties, including a lifetime ban.”

Another email to season-ticket holders said the team can revoke those tickets regardless of who is sitting in those seats for a particular game.