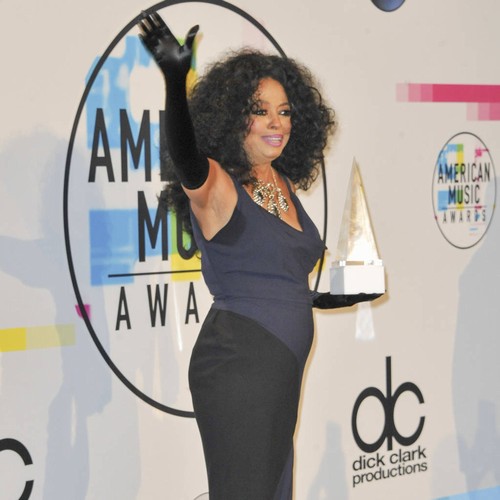 Diana Ross saw red after a fan poked her when she took to the stage for a surprise concert in New York on Monday night (11Mar19), enlisting her security to escort the man out of the gig.

The 74-year-old icon stunned fans when she performed a surprise midnight concert to mark the opening of the new Edition Hotel in Times Square. Wearing a strapless sparkling dress and carrying a tulle boa, Diana looked every inch the pop princess as she belted out classic hits such as Upside Down and I’m Coming Out.

But the concert was disrupted when an apparently tipsy male fan in the front row decided to poke the singer in the stomach, leading to Diana growing angry and attempting to slap the man’s hand away.

A video of the incident showed Diana scolded the man by wagging her finger, which led to him getting cross himself and flipping the bird at the singer.

According to the New York Post’s gossip column Page Six, the “disrespectful lout even grabbed at Ross’ fabulous boa before security rushed to escort him out of the venue”.

Despite the unfortunate incident, Diana’s concert otherwise went down a storm with the excited fans in the audience.

Following her performance, hotel owner Ian Schrager told Page Six that “everything seems to have come full circle” – referencing the fact that Diana played at the final night of Studio 54, which he created with Steve Rubell, and “serenaded us for a goodbye party”.

“Then we jump forward all these years, and she does the first night (of the Edition Hotel),” he smiled. “Too bad Steve wasn’t around to enjoy it.”

Nile Rodgers and Chic were among the other stars to perform at the opening event, with models such as Kendall Jenner, Hailey Bieber and Cara Delevingne also turning up for the occasion. According to Page Six, each of the models received a “significant amount” to attend the event, with a source suggesting that fee was $250,000 (£188,380) each.