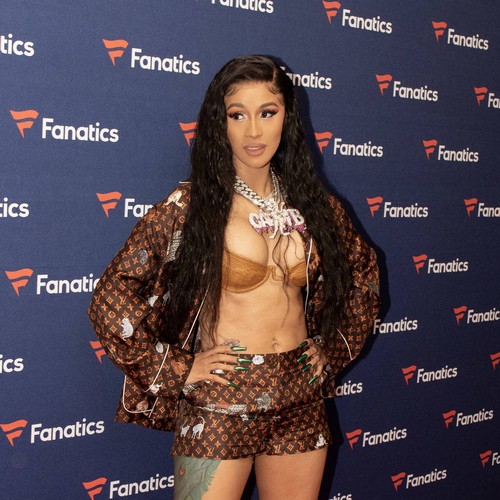 Hip-hop star Cardi B struggles to stay focused whenever she is stopped by fans or acquaintances in passing, because she is always engaged in another conversation in her head.

The I Like It hitmaker admits she has a short attention span, and having internal discussions with herself means she often isn’t really listening when people try to talk to her.

Her lack of concentration also causes her to give some a dirty look – even though Cardi insists she means nothing by the strange face.

“Hey ya’ll, so I’m having a problem right, like a lot of people be saying, ‘Oh, I met Cardi B and I don’t know if she like me or not because she was looking at me like if I’m crazy (sic)…’ but that’s not the problem,” she told fans in an Instagram video post on Thursday (14Mar19).

“The problem is that I have a voice in my head that when I’m talking to people, it just start having a conversation with me and I be replying back (sic).”

Offering up an example of the random chats she has with herself, she shared, “Like, you could be talking to me and the voice in my head… will start asking me questions like, ‘Hey, what happened to that green Balenciaga shirt that you wore the other day?’ And then I’ll reply back in my head like, ‘I don’t know, b**ch. I think I left it at my grandma’s house.'”

“I’m really not paying attention because the voice in my head is f**king talking to me,” she said, in a way of apology. “I don’t know if that s**t happen to (other) people, (but) that s**t be happening to me, so I just be (sic) looking at you (with a strange expression) ’cause… I’m having a whole conversation in my f**king thoughts. That’s why.”

It’s not yet known what exactly happened to prompt Cardi to share the news of her inner alter ego publicly.