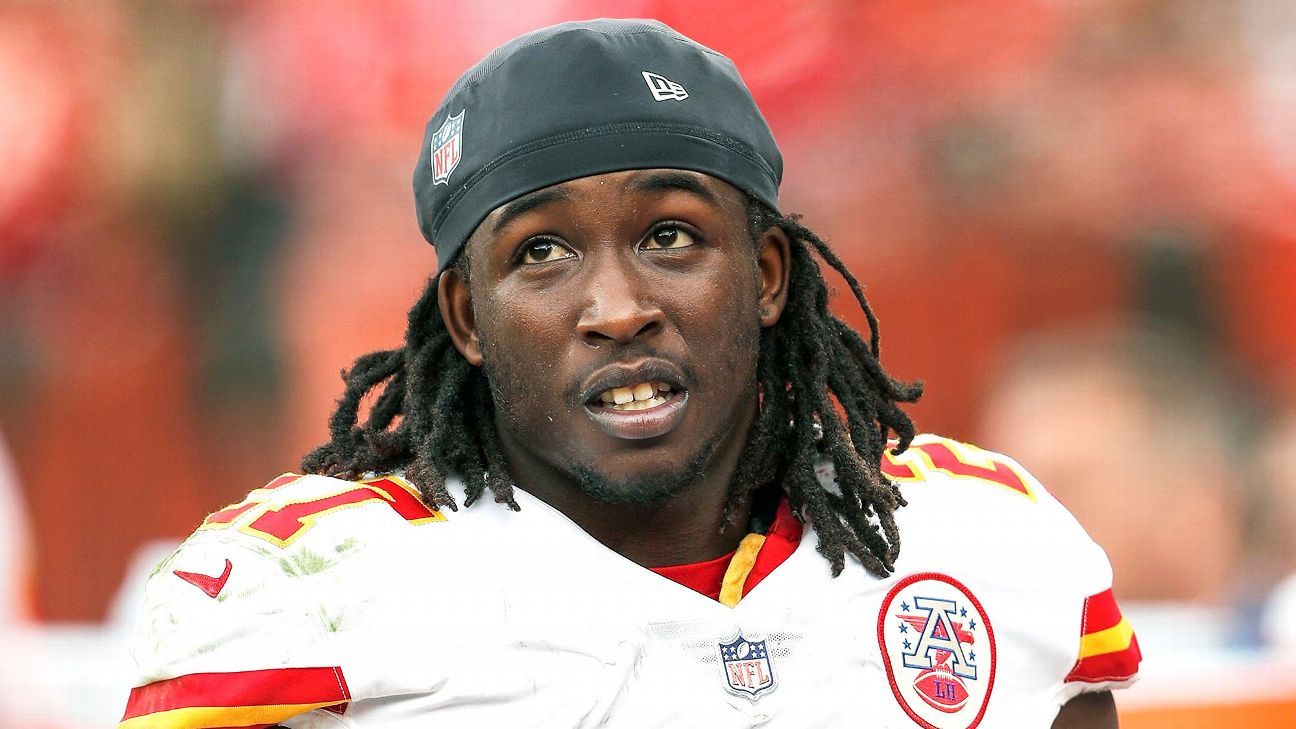 The NFL has suspended Cleveland Browns running back Kareem Hunt for the first eight games of the upcoming season for violating its personal conduct policy, the league announced.

The NFL said that Hunt’s suspension stems from a February 2018 incident in which he shoved and kicked a woman during an early-morning altercation outside his downtown Cleveland residence, and an incident in June 2018 that involved a physical altercation with other men at Put-in-Bay, Ohio.

Release of the video from the February incident, and the fact that Hunt had lied about it, prompted the Kansas City Chiefs to release the running back on Nov. 30. The NFL investigated a third incident in Kansas City, but said there would be no discipline from that.

Hunt was not charged in any of the incidents.

Hunt has advised the league that he accepts the decision.

Hunt will forfeit $303,529 of his $645,000 base salary with his eight-game suspension. Upon return he’ll have a chance to earn $200,000 in per-game roster bonuses. He’ll then be a restricted free agent next offseason for the Browns.

“I want to again apologize for my actions last year. I know that my behavior hurt a lot of people, and I again apologize to them,” Hunt said in a statement released by the team. “I respect the league’s decision on discipline, and I appreciate the time I spent with Commissioner Goodell last week. I’m grateful for my time with the Browns over the last month and thankful to all the people in the organization that have welcomed me. I also appreciate all of the support I received from my union through this process. My commitment to earning the trust of the league, my teammates, the organization and this community through my actions will continue, and I understand there is a lot of hard work ahead of me before I’m able to fully return to playing the game I love.”

Hunt can take part in the team’s OTAs, minicamps and preseason games. His suspension will not take effect until Aug. 31, the day of final roster reductions before the season opener. The Browns expect him to be present for the start of offseason workouts April 1.

Browns general manager John Dorsey drafted Hunt for the Chiefs in 2017, when Dorsey was the team’s GM.

“I want everybody to know we have done extensive research in regards to this case, this player,” Dorsey told reporters last month in explaining why the team signed Hunt. “He understands and takes full responsibility for the egregious act he committed. He is extremely remorseful for his actions.”

Hunt led the NFL in rushing as a rookie in 2017 with 1,327 yards and eight touchdowns in helping Kansas City qualify for the playoffs. He also had 53 receptions for 455 yards and three touchdowns. Last season, he rushed for 824 yards and seven touchdowns in 11 games and had seven receiving touchdowns before he was released.