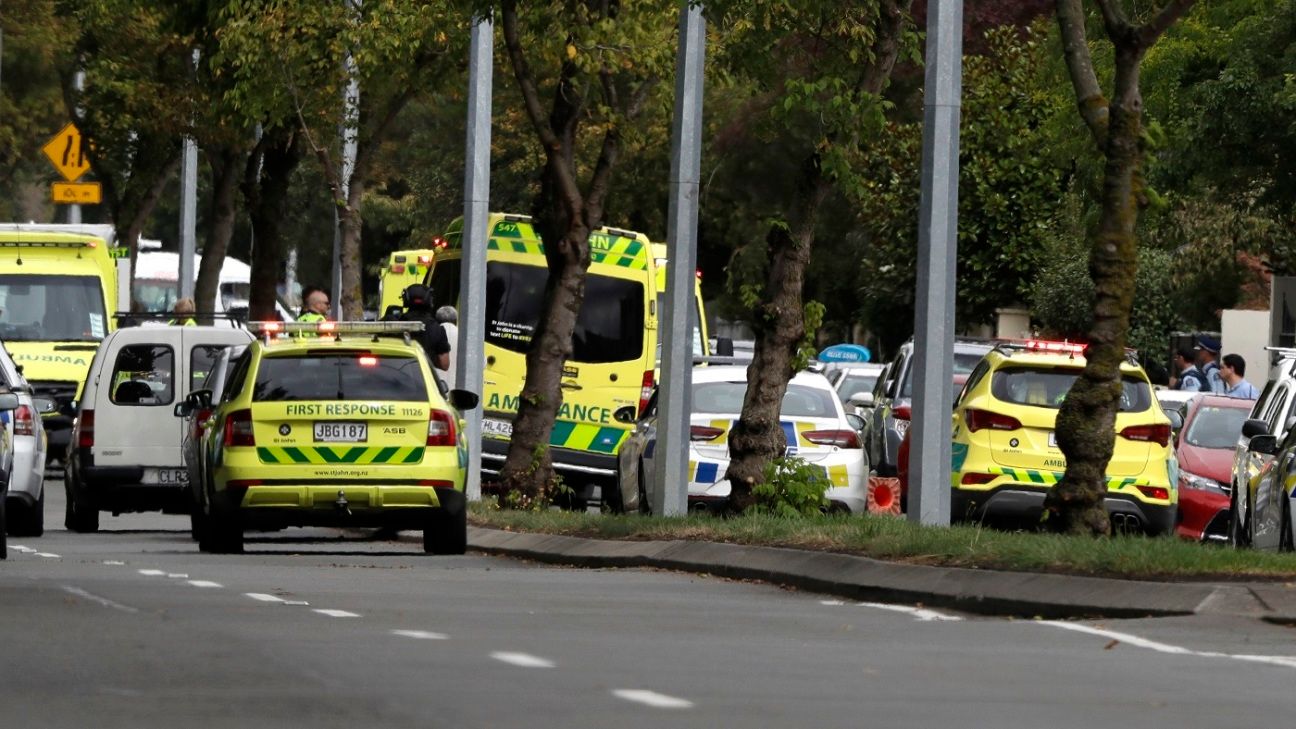 Bangladesh’s tour of New Zealand has been called off following a terrorist attack on two Christchurch mosques, in which at least 40 people have been killed. The team is safe, in lockdown at their hotel; it was en route to one of the mosques for Friday prayers at the time of the attack but escaped to the nearby Hagley Oval.

Our heartfelt condolences go out to the families and friends of those affected by the shocking situation in Christchurch. A joint decision between NZC and the @BCBtigers has been made to cancel the Hagley Oval Test. Again both teams and support staff groups are safe.

The attack took place around 1-30 pm local time. The team was on its way to the Al Noor Mosque, less than a mile from the Hagley Oval, when the players saw signs of the unfolding carnage. They initially stayed on the bus and made phone calls, including one to this reporter, who was at the ground. Several journalists then came over to where the bus was and accompanied the players to the ground.

Much of the coaching staff were back in the team hotel while the head coach Steve Rhodes was at the ground. Later, the team went back to their hotel.

Team manager Khaled Mashud was in contact with both the NZC and BCB. The NZC website said arrangements were being made for the return of the Bangladesh team home “as soon as possible”.

Within a couple of hours the two boards had decided on the fate of the tour. “We are shocked and appalled as I am sure all New Zealanders are,” NZC CEO David White said. “We are offering support to all those within the teams affected by the situation and are continuing to take advice from authorities on the ground.”