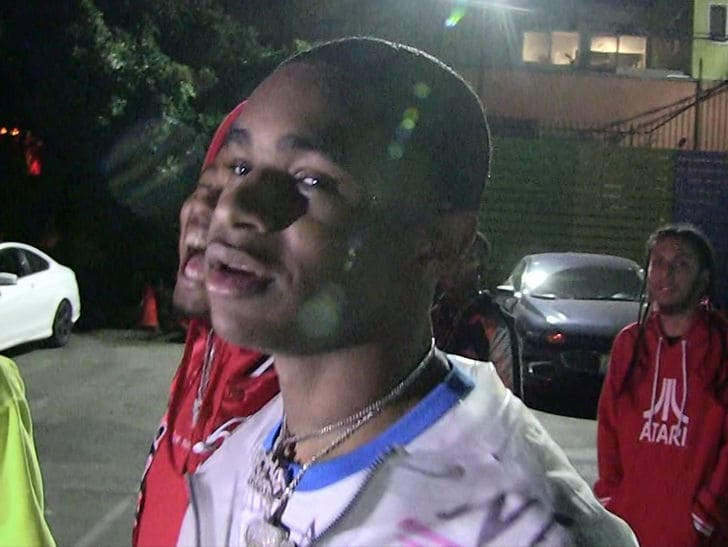 But Not for Assaulting Jay

The crew believed to be responsible for attacking and robbing YBN Almighty Jay and sending him to the hospital are in federal custody, but strangely … it has nothing to do with the rapper.

Zae and 3 other Jack Boyz members were arrested Wednesday in the Bronx as part of an unrelated federal investigation … which is even crazier. The men are facing a charge of attempted murder in the aid of racketeering — along with firearm charges — in connection with the shooting of an off-duty NYPD officer. Another member remains at large.

If convicted, they face up to life in prison.

Our sources say the crew was questioned by investigators after their arrest about assaulting Jay as well, and 2 members admitted to being at the scene … but didn’t fess up to any criminal activity.

We’re told one of the Boyz also claimed to have past issues with Jay but said they worked it out … but the rapper denied even knowing the crew.

Our sources say Jay told cops he’s willing to cooperate with the investigation now, but doubts he can ID his attackers because there were so many of them. He claims he was robbed of his wallet, $16k in cash, a $20k chain and his shoes in the attack.

As we reported … J Prince weighed in on the situation by calling out Zae and his crew and putting out an APB to his “mob ties” to nab them. Zae responded by posting a music vid that apparently flaunted Jay’s stolen bling.

So far, no charges have been made in Jay’s robbery/assault … the investigation’s ongoing.