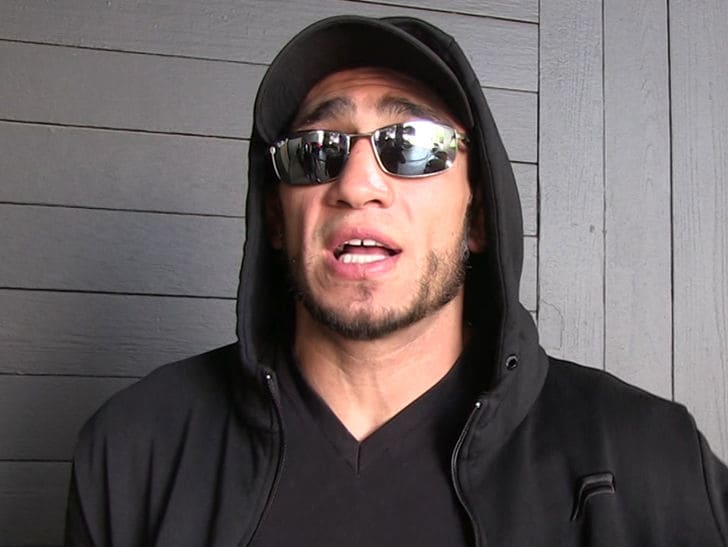 The wife of UFC star Tony Ferguson has filed for a restraining order against the fighter — after cops responded to their home on 5 separate occasions, this according to official records.

Cristina Ferguson, who has a 2-year-old son with Tony, filed the latest round of documents on Wednesday — following several bizarre incidents with Tony, as first reported by MMAJunkie.com.

Police documents show … cops were called to Ferguson’s home in Santa Ana, CA on Feb. 19th after a woman told authorities Tony hadn’t slept in 3 days and was “tearing apart the home.”

The woman also told police Tony “believed someone placed a [computer] chip in his leg.”

Another person at the home told cops Tony had said he believed “someone was inside his walls.”

There are other similar incidents — but records show Tony was never arrested or charged with a crime.

Tony’s wife and others told police they had urged the fighter to see a doctor.

Unclear what finally motivated Tony’s wife to finally request a restraining order — but it seems obvious she feels he is mentally ill and unstable.

The court docket lists Cristina’s filing as a “domestic violence” case. He’s due back in court next month.

We’ve reached out to Tony’s rep for comment — so far, no word back.

Tony, one of the best fighters in the UFC, had recently turned down a fight with Max Holloway and no one seemed to understand why … but now it seems it may have to do with his drama at home.