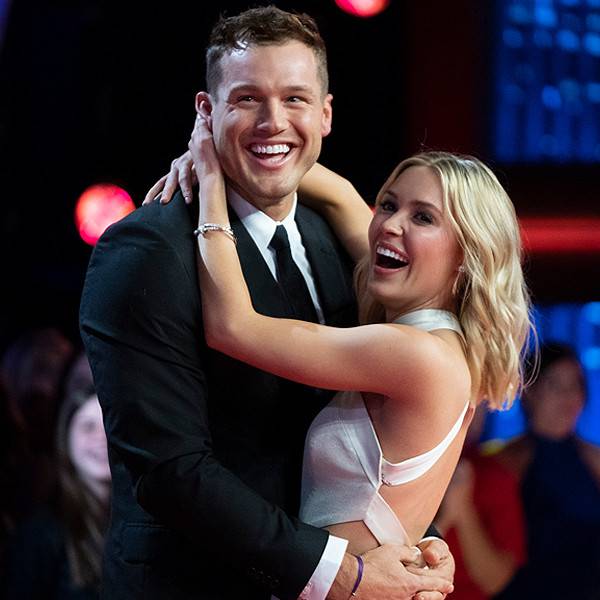 Colton Underwood was straight up done with The Bachelor when he jumped over that fence.

He did it all in the name of love for Cassie Randolph, who at the time did not actually love him back yet. Since then, she’s come around.

“It was crazy, it was very dramatic,” Cassie told E! News this morning, after we all saw her come around to Colton in last night’s finale. “It was a lot more intense than I imagined it being.”

“I was done with the show completely,” Colton tells us. “I took my mic off, I jumped the fence, and I was gone. I just was over the show. The whole point of the show is to come and find love and I found love…and you guys saw the rest of it.”

Cassie and Colton watched the show back together, and Colton says he even snuck down to Huntington Beach to watch with her family.

“Her dad had the remote,” Colton said of their relationship’s biggest doubter. “When he had questions, he paused and asked the question, and we talked about it and moved on. It was good for him to understand sort of where we were at during that process and during the filming.”

“It was really funny. It made us all bond,” Cassie added. “I think it was good for everyone, like all family and us, it was nice to see how everything went.”

Cassie’s dad was not the only person with doubts about Cassie and Colton, and we’re not just talking about Cassie herself. The internet is always hard on the final Bachelor or Bachelorette contestants, but Cassie faced some serious judgment after other contestants accused her of talking to Caelynn about becoming the next Bachelorette, and then after dumping Colton because she was confused.

“The last few weeks have actually been really hard having to deal with it, just because no one knows the ending yet and there are all these speculations, and people only see such a small percentage of who we are on the show and what they filmed,” she says. “And it was just hard for people to just jump to conclusions. People were so quick to judge sometimes, and that hurts.”

Colton hopes that people realize that reality stars are real people too.

“It’s an interesting place in where our society’s at right now,” he says. “It’s like, just because it’s a username and just because we have a profile picture an a name, we’re real people behind that. And it’s harder for reality too because we are those people. We’re not playing or portraying a character. This is our lives, this is us, and this is our feelings.”

The Bachelor aired on ABC.