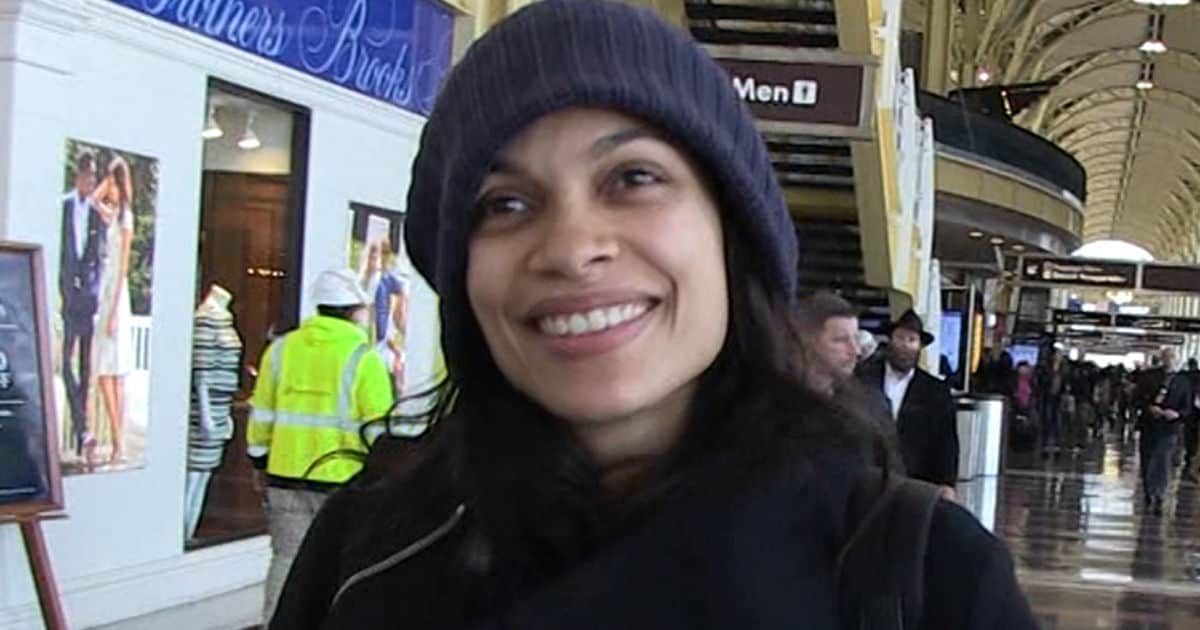 We’re Dating and In Love!!!

Rosario Dawson‘s all in on Cory Booker for President in 2020, but she might be a little biased … because she just confirmed with us … they’re in a serious, loving relationship!!!

The actress was at the Reagan National Airport in D.C. Thursday when our guy quizzed her on what’s been widely rumored — she’s the woman Booker referred to last month on the Breakfast Club when he said he was dating someone very special, while adding, “I got a boo.”

It didn’t take much prodding before Dawson said it was true and began gushing over her man, calling him an amazing human being and saying their relationship is a wonderful thing.

She continued … “I am just grateful to be with someone that I respect and love and admire so much,” and added several more doting words to describe the presidential hopeful.

Speaking of that … Rosario says Cory would be an amazing Prez, and she’s pushing him with a campaign button.

As for whether wedding bells are on the horizon, making her potential First Lady material … she’s not quite ready to say.