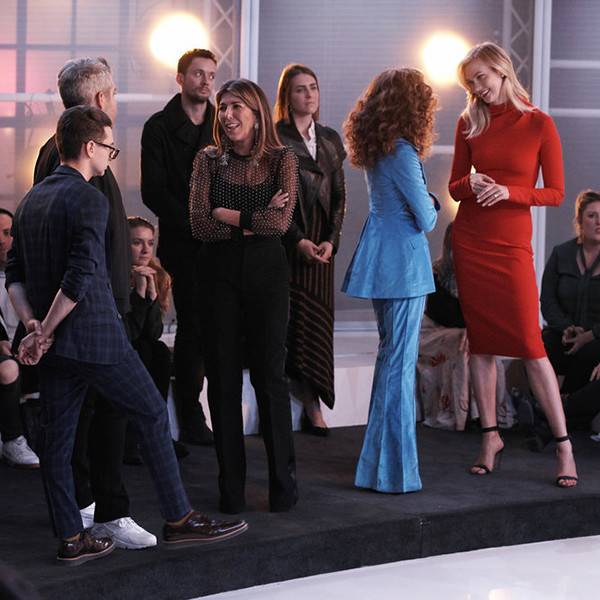 Project Runway returns today, and a whole lot of things have changed.

As the fashion design reality series moves back to its original home of Bravo, the biggest difference is the new set of faces. Nina Garcia is the only remaining judge, and she’s joined by designer Brandon Maxwell, fashion editor Elaine Welteroth, new host Karlie Kloss, and new mentor Christian Siriano. E! News caught up with all of them at the show’s premiere.

“The set is very different, it’s beautiful, it’s luxe, it’s light, exciting. The judges are different. They bring a really fresh perspective, they bring something else to the table,” Garcia tells us. “We have the most unique and diverse cast, from the judges to the models to the contestants. It’s very inclusive, it’s very diverse from age to race to gender to size, and nationalities…it really feels very interesting.”

New judges Brandon Maxwell and Elaine Welteroth really wanted to bring a fresh, modern perspective to the show that really considers where the fashion industry is right now.

“I think the industry has changed and we’re here and we’re addressing it,” Maxwell says. “I’m excited. I’m not that far away from where they are so I’m thrilled to be here and to be able to sort of go on this ride with them. It was emotional for me.”

“We’re all such individuals and I think we each bring something different to the table,” says Weltheroth. “I think my goal a lot of the time was to try to make sure that we are kind of putting things into cultural context and making sure that we’re recognizing that fashion is a platform, and it’s really about self expression, and a lot of our designers had really powerful messages that they wanted to convey through their craft. I think I really wanted to help draw that out, and also to help them be mindful of what it means to be a designer in 2019. It’s a different day and age, and you don’t create in a vacuum, so we wanted to make sure they were really conscious and thoughtful.”

Fans of the show were particularly worried about the departures of Heidi Klum and Tim Gunn, but Christian Siriano praised their “unbelievable” work on the show, and hopes he and Kloss can build on that.

“I think what Karlie and I are trying to do is also just bring it it into what’s really happening in the fashion world today, because we’re both really in it,” he says.

“Heidi’s been so supportive,” Kloss says. “I’m excited…for all of us to be part of this next chapter of Project Runway. There’s so many things that have changed since the show first premiered in the industry, so I think we tried to bring all of our experiences to the show.”

Watch the videos above for more!

E! and Bravo are both part of the NBC Universal family.