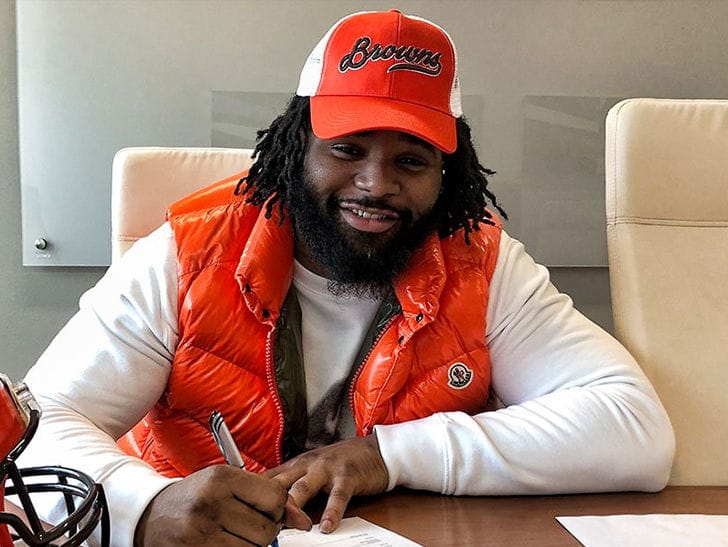 My Speed Demon Days Are Over!!!

NFL star Sheldon Richardson says his days of speeding around in Bentleys are LONG GONE … and it’s all thanks to being a daddy!!

As we previously reported … cops clocked Richardson speeding at 143 MPH with his 12-year-old nephew in the car when he was a member of the NY Jets back in 2015.

He was charged with resisting arrest, excessive speeding, failing to obey traffic control device among other violations at the time … but later copped a plea deal and was given 2 years of probation and 100 hours of community service.

The newest Cleveland Brown reflected on the incident with reporters on Thursday … saying he’s done a lot of growing up and can’t be taking those kind of risks.

Richardson welcomed his daughter, Riley Rose, back in 2016 … and he says it completely turned his life around.

Of course … Richardson admitted his mistakes back in 2015 and vowed to make the right moves to get back on track … and it sounds like he’s still holding to his promise.